The 32-year-old Canadian, who suffered a severe spinal injury in a crash during the 13th race of a startlingly strong rookie IndyCar campaign in 2018, announced his return to racing as he joins the Bryan Herta Autosport Hyundai team.

In a media conference that followed the announcement, Wickens admitted that his amazing rehabilitation from a litany of injuries – thoracic spinal fracture, spinal cord injury, neck fracture, tibia and fibula fractures to both legs, fractures in both hands, a fractured right forearm, fractured elbow, a concussion, four fractured ribs and a pulmonary contusion – has now leveled off.

“I would say honestly what you see is what you get,” he said.

“I’m at the point in my life now where my recovery has more or less plateaued in terms of neuro recovery.

“I’m not regaining any more muscle function so I think unfortunately it looks like I’ll be in a [wheel]chair for the remainder of my life, as long as modern medicines and science stays where it is.

“But it’s a great life, I was able to regain a lot of function.

“I can stand with support and I can take a couple of steps with support, but in terms of leaving the chair permanently, I don’t think that’s in my pipeline right now.” 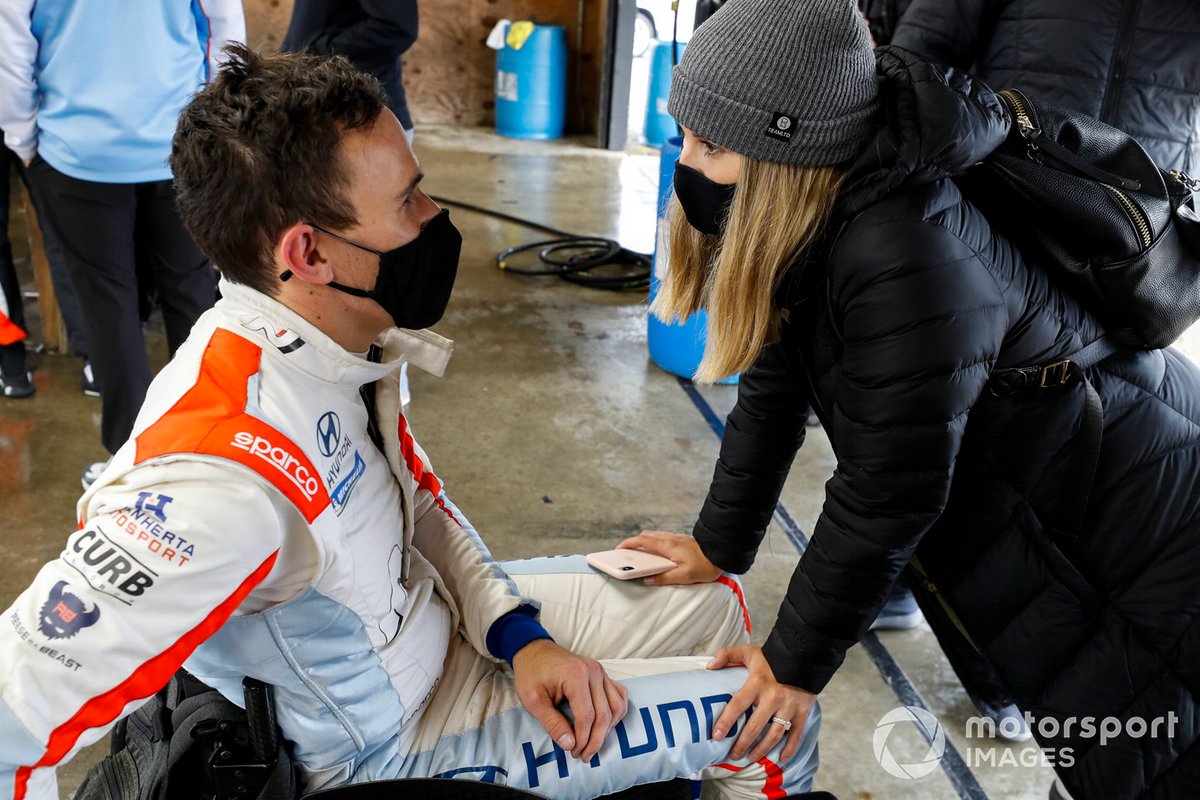 He described his aim this year in the IMPC as wanting to “tick the boxes that I’ve set for myself internally – win some races, get on the podium and show the world what can be done. From there, opportunities are endless. I’m so grateful for what I have now and let’s see where that takes me.”

Asked if he thought fitting hand controls, such as those he’ll use in the Hyundai Elantra N TCR he’ll share with Mark Wilkins, could be fitted to an IndyCar, Wickens admitted, “I think it’s tough to say.

“IndyCar is in an evolving state, there’s new regulations coming in [for 2023] and I was hoping they were going to go to more of a brake-by-wire system, especially with their hybrid elements that they’re including, and to the best of my knowledge they haven’t done so, so we’re stuck in the same circle we were in originally,” he added.

“I think anything is possible with the right time, money and resources, right?

“It’s a big ask – a colossal ask, in fact! – but I’m honestly at the point in my life where if I never return to IndyCar, I’m very satisfied with that.

“I’m really looking forward to the opportunity I have here from Bryan Herta Autosport and Hyundai to get back behind the wheel and feed that hunger that I’ve had for so many years watching on the sidelines.

“If things in the future arise, we’ll address them as they come, but for the time being I honestly don’t see IndyCar as a feasible option on my return.

“Knowing what I know now, the physicality of the IndyCar, to adapt it to me and my hand controls will require a lot of customisations that I’m not sure the series would really sign off on.

“So it would take a one-off IndyCar, which I don’t know if other teams would agree to.”