The Mercedes and Red Bull team principals used their direct radio facility to the race director to plead their case for decisions that would aid their drivers, Lewis Hamilton and Max Verstappen respectively, during the World Championship climax.

Ultimately, it was Horner who was celebrating, and Wolff raging, as Masi turned the lights green for one last racing lap following a Safety Car period, enabling Verstappen to pass Hamilton and snatch the title after lapped cars had been instructed to move out of the way and set up a straight showdown.

Brundle believes Masi’s decision-making had been affected not only by the demands of a hectic two F1 seasons hit by the pandemic, but also a variety of team personnel – besides Wolff and Horner – bending his ear as he tried to make the right calls. 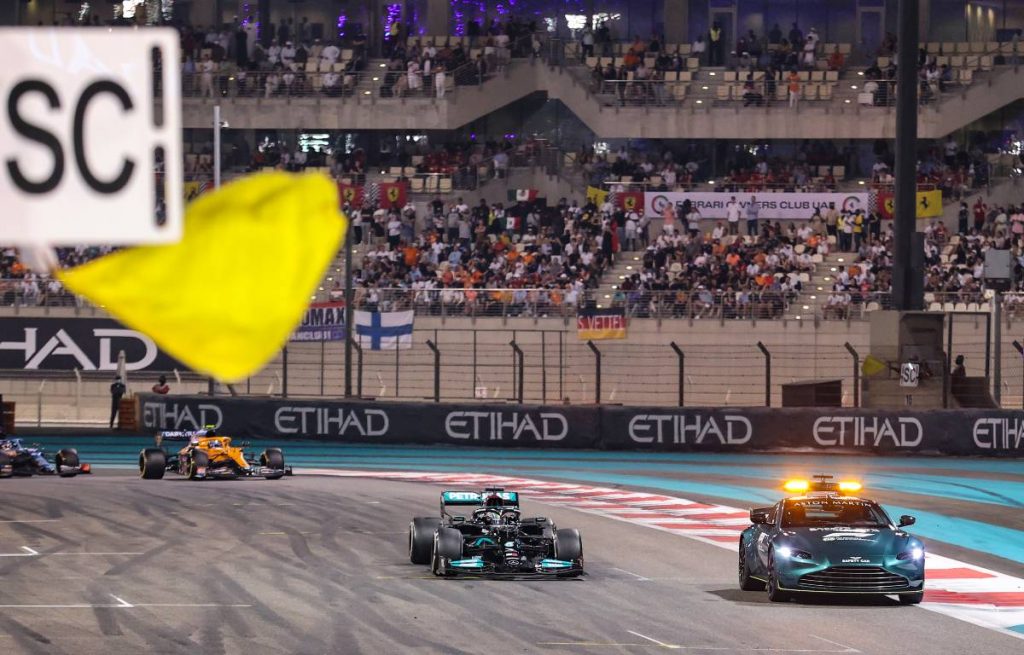 “The teams that [had cars lapped] were all on the radio demanding – imagine if you were receiving that lot all at the same time – ‘can we overtake?’,” Sky F1 broadcaster Brundle told the channel’s latest YouTube show reviewing the Abu Dhabi controversy.

“I don’t need to defend Michael Masi, but we were at the end of 39 grands prix in 17 months, a lot of them at new venues. He was exhausted, he was under pressure and he made some bad decisions to expedite the system and put the two cars together.

“I think he was swayed by the calls from Christian Horner saying ‘you’ve got to unlap these cars’. I think he was trying to do the right thing and in doing that, breached [the FIA’s] own regulations.

“The teams can’t run a strategy if the race director can overrule and change the fundamental sporting regulations as he sees fit.”

Hill believes the plan to cut off the direct radio feed between team principals and Masi, as outlined by Formula 1’s motorsports managing director, Ross Brawn, will come to fruition as a result of what unfolded at Yas Marina.

“I think the radio calls are absolutely fascinating and very revealing that Michael Masi and the decisions he was making were changing by the second because he had the ambition of not finishing under the Safety Car, at the same time wanting to not ruin the World Championship showdown, so he had a lot to deal with,” said the 1996 World Champion.

“I think he buckled under the pressure from both teams who were on the radio.

“This is something they are going to look at and say you cannot have people as powerful as Toto Wolff and Christian Horner badgering the race director when he’s trying to sort out the race.

“He had a lot on his plate, he needs back-up. I think it was fair in the past, we had Charlie Whiting and Herbie Blash was backing him up, so he had his mate next to him who could help.

“It was just an awful mess at the end and it’s left this chaos and sense of dissatisfaction about how it ended.”

The post Masi ‘buckled under pressure’ from Wolff, Horner appeared first on PlanetF1.