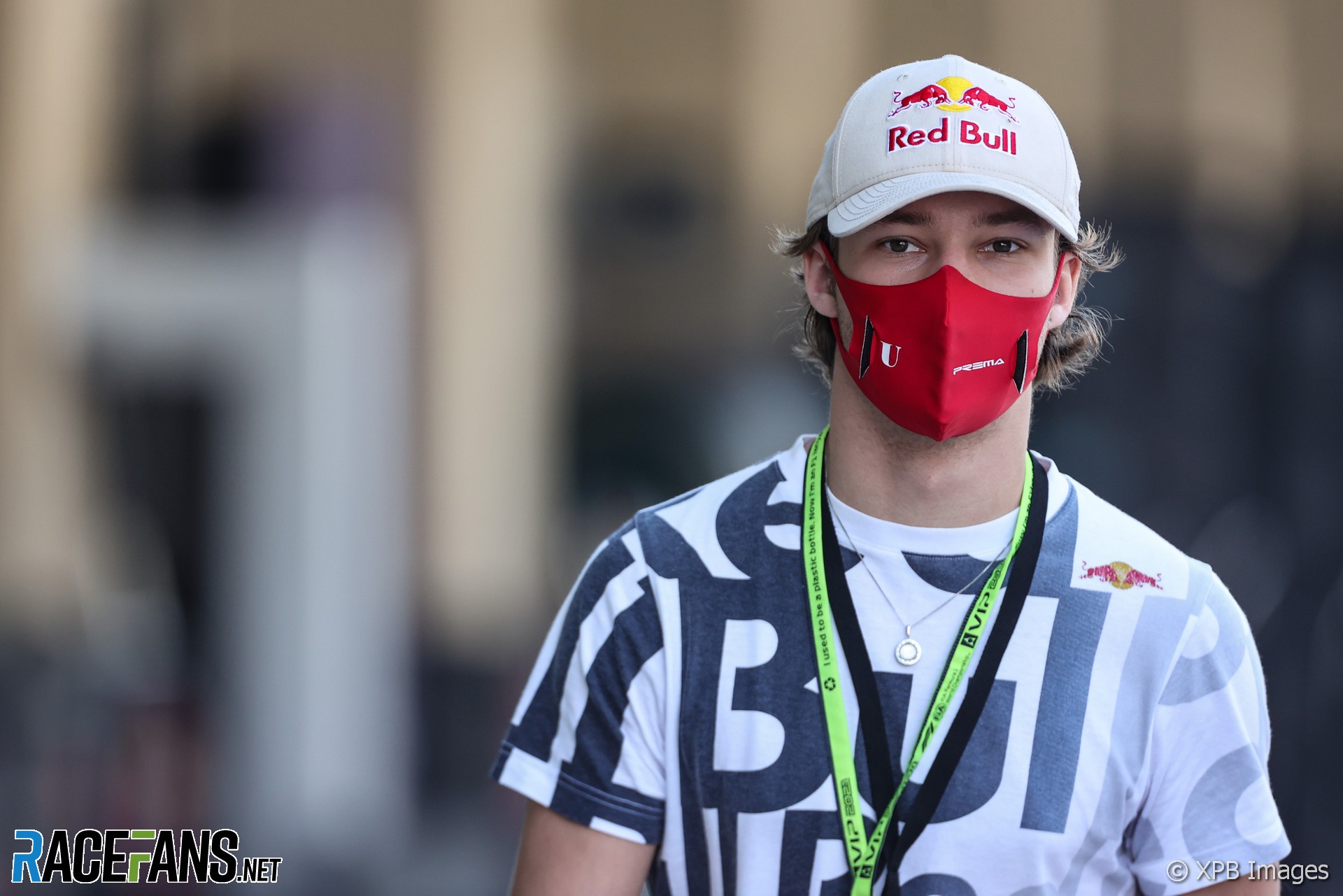 The makeup of the 2022 Formula 2 grid is beginning to take shape with five Red Bull junior drivers – Dennis Hauger, Liam Lawson, Jehan Daruvala, Juri Vips and Ayumu Iwasa – all being confirmed for the new season.

Reigning FIA Formula 3 champion Dennis Hauger will move up to Formula 2 with Prema, the team with which he claimed the title last year. He will be joined by Jehan Daruvala, who will move from Carlin after two Formula 2 campaigns with the team.

Daruvala’s seat at Carlin will be filled by fellow Red Bull junior Liam Lawson, while Juri Vips will contest his third year in the category with Hitech, who he raced for in 2021.

Ayumu Iwasa will also step up to Formula 2 for the 2022 season, joining Roy Nissany at DAMS. Iwasa finished his debut Formula 3 season in 12th place.

With the announcement of the five Red Bull junior drivers securing places on the 2022 Formula 2 roster, there are now only six seats remaining to be filled on the grid. ART, Campos, Charouz and Hitech each have one remaining driver to be confirmed, while the new Van Amersfoort team have not yet announced any drivers for their upcoming debut season in the series.

The Formula 2 championship will take place over 14 rounds in 2022 with a revised format for this season. Each round will consist of a sprint race on Saturday, followed by a feature race on Sundays for a total of 28 races across the season.

Last year’s F2 champion, Oscar Piastri, will not contest the 2022 F2 campaign due to rules preventing the reigning champion from participating in the following year’s championship.