After near-misses in the previous two years, Al-Attiyah led the 44th running of Dakar from start to finish in the new Toyota Hilux T1+, eventually taking the top honours by 27m46s over Sebastien Loeb (Prodrive/Bahrain).

The Qatari driver won only two of the 12 stages, both in the first week, but showed remarkable consistency throughout the rally-raid, while his rivals fell by the wayside with navigational errors or mechanical problems.

The result makes Al-Attiyah the second-most successful driver in the history of Dakar’s cars category, tied with Finland’s Ari Vatanen and only behind Stephane Peterhansel’s tally of eight wins.

The key to Al-Attiyah’s overall triumph was the opening stage near Ha’il, where he and co-driver Matthieu Baumel correctly found a tricky waypoint that caught out the majority of the field, including Audi’s Carlos Sainz.

That left Loeb as Al-Attiyah’s sole remaining rival, but the Frenchman too was forced to play catch-up when a propshaft on his Prodrive-prepared BRX Hunter broke down on Stage 3, costing him half an hour.

By the halfway point of the rally, Al-Attiyah was 50 minutes clear of the rest of the field thanks to a second win in Stage 4, with navigational dramas for Loeb dealing a further blow to his hopes of a maiden Dakar win.

Loeb did manage to bring the gap down to under 30 minutes by the end of the penultimate stage – before a penalty for overspeeding undid part of his good work – but Al-Attiyah was never in threat of losing the lead as he controlled his pace with a risk-free strategy.

Finishing a safe ninth in the short 164km final test between Bisha to Jeddah, the 51-year-old clinched a Dakar win for the first time since the rally moved to Saudi Arabia, with his previous three successes in 2011 (Volkswagen), 2015 (X-raid Mini) and 2019 (Toyota) coming during its previous era in South America. 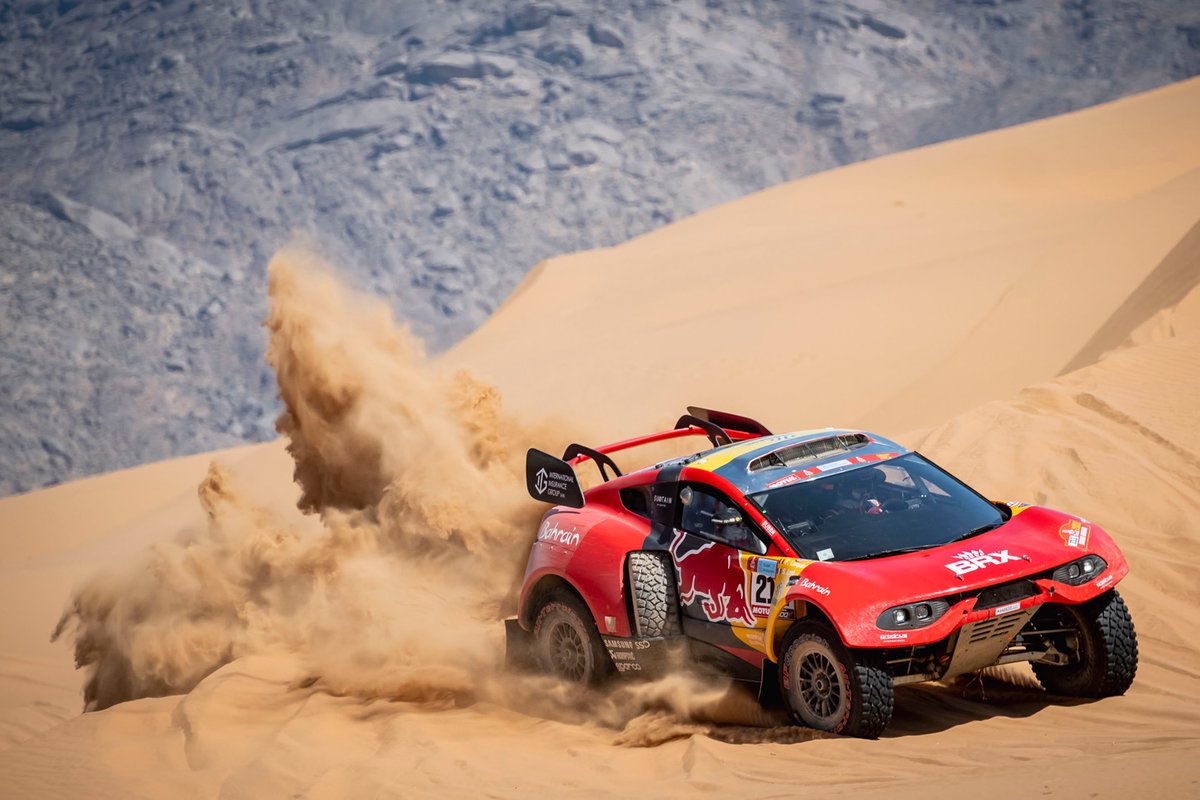 The Frenchman regularly fought at the front in the heavily-revised BRX Hunter, winning the same number of stages as Al-Attiyah, but could never quite recover from what Prodrive’s David Richard described as an “assembly mistake” in Stage 3.

Saudi driver Yazeed Al Rajhi was the best of the independents in the Overdrive Toyota, finishing behind Loeb on the overall podium in third.

The ex-WRC racer provisionally won the fourth stage between Al Qaisumah and Riyadh, only for a penalty for overspeeding in a control zone to drop him to a disappointing fifth.

Orlando Terranova finished an impressive fourth in his 16th successive consecutive appearance in the Dakar Rally after being announced as a late addition to Prodrive’s line-up. 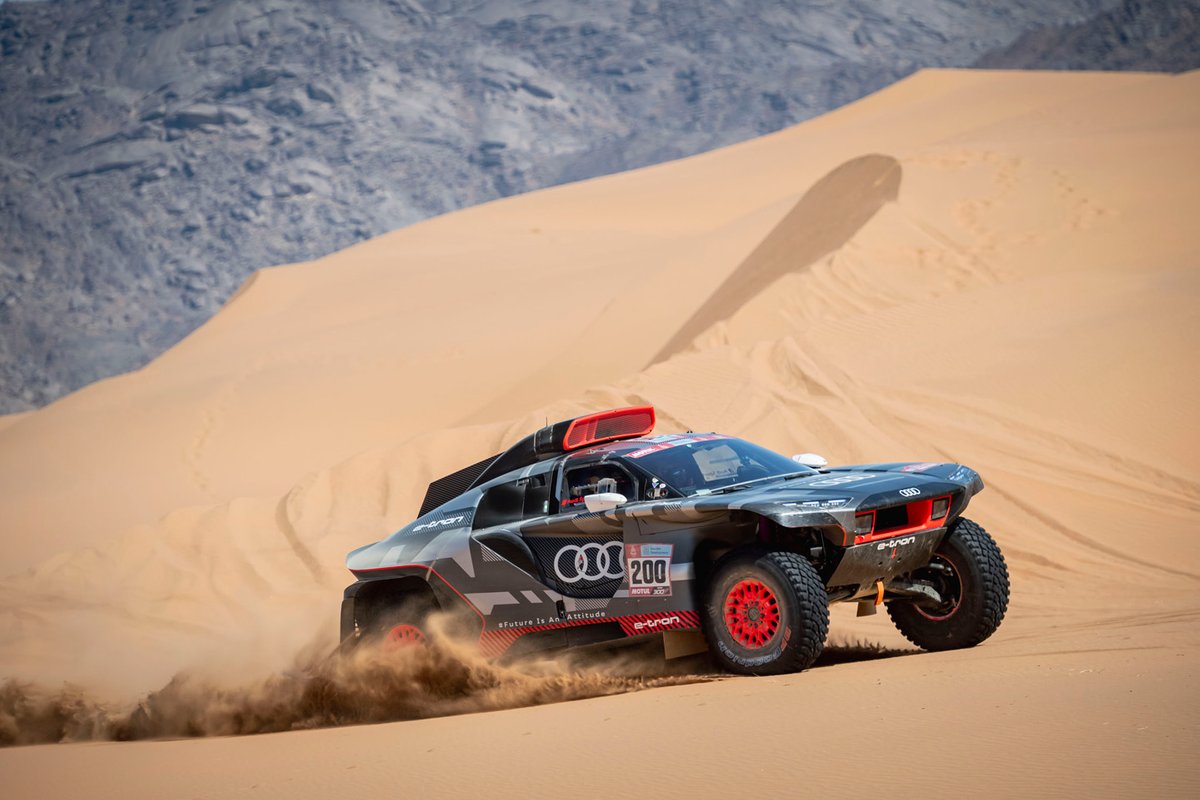 Audi raised eyebrows with its new hybrid RS Q e-tron, winning more stages than any other entrant on the grid – five compared to Toyota’s four and Prodrive’s three.

The German manufacturer might well have been in the fight for overall victory on its Dakar debut had it not been for a disastrous opening stage where all three of its drivers tripped up.

Sainz dropped more than two hours trying to find the correct route, with two-time DTM champion Mattias Ekstrom likewise losing a chunk of time in his first Dakar participation in the premier class. Peterhansel suffered the worst fate of the three, breaking the rear axle of his car and retiring from the stage.

But all three drivers showed incredible pace thereafter and dominated the second week of the rally, winning four of the last six stages.