In the coming weeks, the problems lingering from Formula 1’s controversial 2021 season finale in Abu Dhabi may finally be resolved.

The FIA has started its investigation into the process behind the safety car period that dramatically influenced the outcome of the world championship fight between Lewis Hamilton and Max Verstappen in December.

With no official communication from the governing body, details on what to expect from an important process are scarce.

Here, we pick through what has been said over the last month and outline the key details of a review that is considered of vital importance to end a saga that the FIA itself has admitted has tarnished F1.

What the FIA has promised and what’s happening now 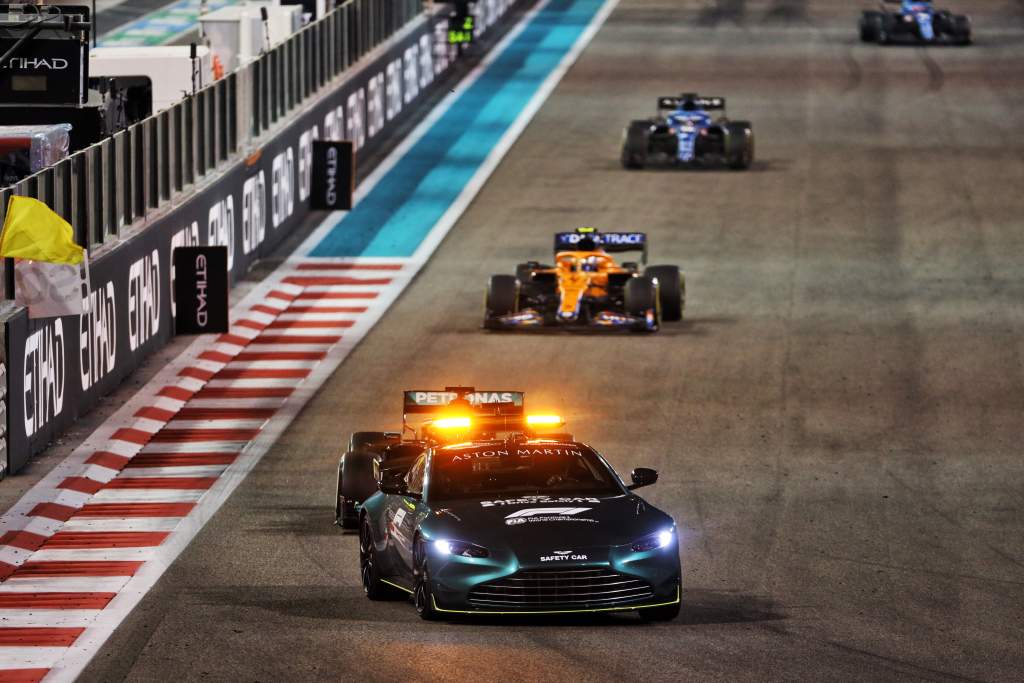 The FIA committed to undertaking a “detailed analysis and clarification exercise” that intended “to draw any lessons from this situation and clarity to be provided to the participants, media, and fans about the current regulations to preserve the competitive nature of our sport while ensuring the safety of the drivers and officials”.

This is said to have begun in earnest this week. It is unclear exactly what the process will entail because the FIA has not disclosed any concrete details, but it appears that interviewing key personnel involved such as race director Michael Masi and the stewards will form part of a process the FIA claims will be thorough and transparent.

After the December World Motor Sport Council, the FIA controversially stated that the use of the safety car and the communications between the race direction team and F1 teams had “notably generated significant misunderstanding and reactions from Formula 1 teams, drivers and fans”.

This carried a clear implication that what happened was OK and it was just misunderstood, indicating the FIA is not keen to concede the call might have been wrong – however, at the time it was still vulnerable to court action from Mercedes, which may have influenced what it was willing to state publicly.

What about Abu Dhabi will be reviewed? 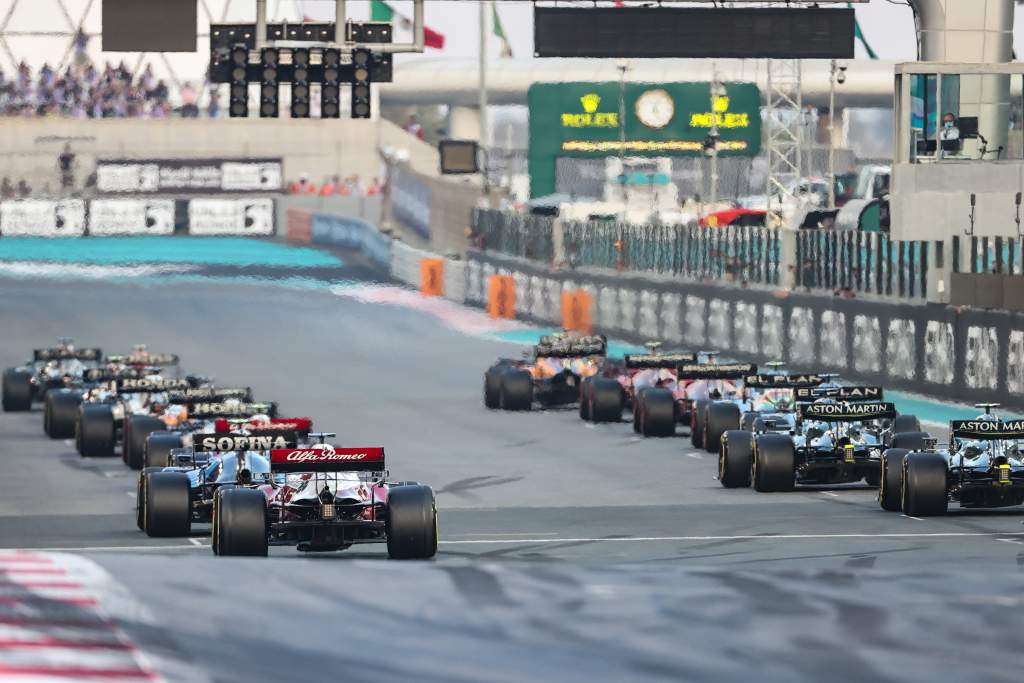 Exactly what the FIA will investigate is a key matter, especially as the stewards backed Masi’s actions at the time.

The review was sparked by an undisclosed report on what followed Nicholas Latifi’s crash on lap 53 of the grand prix, and the headline items are likely to be two specific elements of how Masi handled the late safety car.

These are, firstly, the process that led to only the five lapped cars between Hamilton and Verstappen being allowed to unlap themselves before the race restart and not other three of Daniel Ricciardo, Sebastian Vettel and Mick Schumacher, and, secondly, the decision to ignore the rule that states the safety car must come into the pits at the end of the following lap – which, if followed, would have been at the end of the final lap of the race.

Masi fast-tracked this process to ensure a green-flag finish and the circumstances gave Verstappen a chance to attack Hamilton – who had comfortably led the entire grand prix and was set to win an eighth title – and the Red Bull driver used fresher, softer tyres to do so successfully.

The process Masi implemented was justified by the stewards as being an extension of power supposedly enabled by Article 15.3 that gives the race director “overriding authority” on the use of the safety car.

In basic terms the review should seek to determine whether the process Masi followed was justified, and – regardless of whether the rules were interpreted and applied correctly – whether this scenario should be allowed to play out in the future or if changes to the rules are necessary.

Given the calls for transparency from the FIA it would also seem prudent to establish whether the stewards afterwards felt any pressure to justify the call to avoid changing the result.

There will likely be important secondary elements too, such as assessing the phrasing of the requirement for ‘any’ rather than ‘all’ cars to be allowed to unlap themselves, reviewing the radio exchanges Masi had with Mercedes and Red Bull team bosses Toto Wolff and Christian Horner, and the best way to ensure a green-flag finish – which Masi said was something all the teams support when it is possible.

It is likely that the review will cement a planned move to stop senior team figures being able to speak to the race director during a grand prix, after former FIA president Jean Todt said the governing body had become “too permissive” with teams.

And it could establish the need to formalise how to ensure a green-flag finish, such as incorporating a provision such as ‘in case of a safety car incident in the last X laps, a red flag and restart is required’ into the rulebook.

Could the championship outcome change? 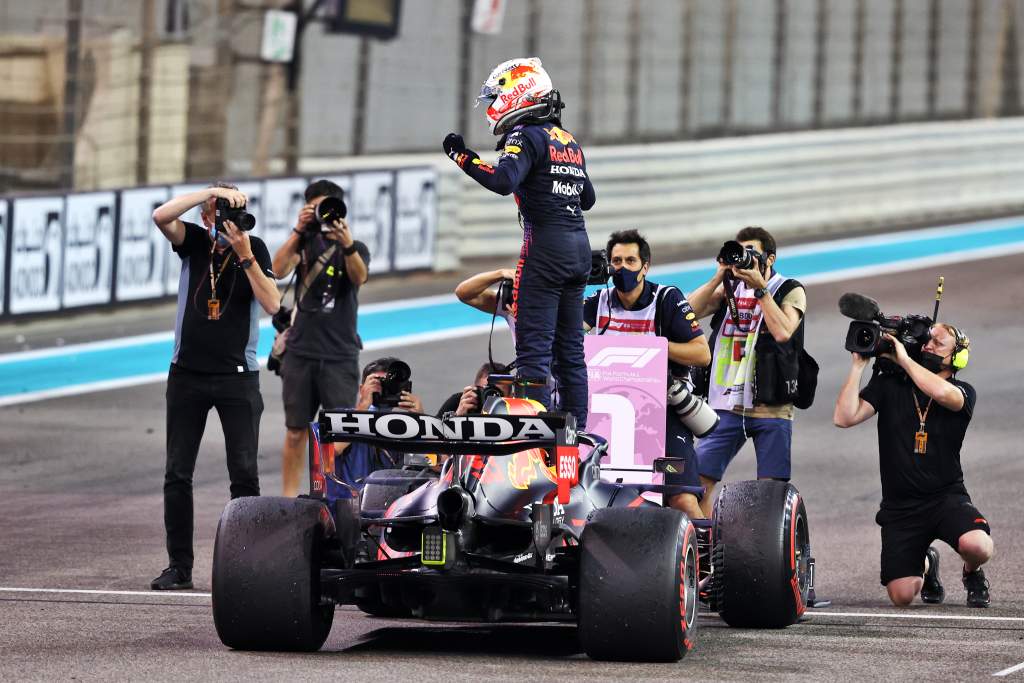 No. This already looked cemented on Sunday evening in Abu Dhabi when the stewards sided with Masi.

And when Mercedes opted not to appeal that decision, any slim chance of a lengthy court process resulting in an unprecedented alteration of both the results and final championship standings vanished.

This process is about improving the governance of F1 and tackling what has been a growing problem.

What will happen to Masi? 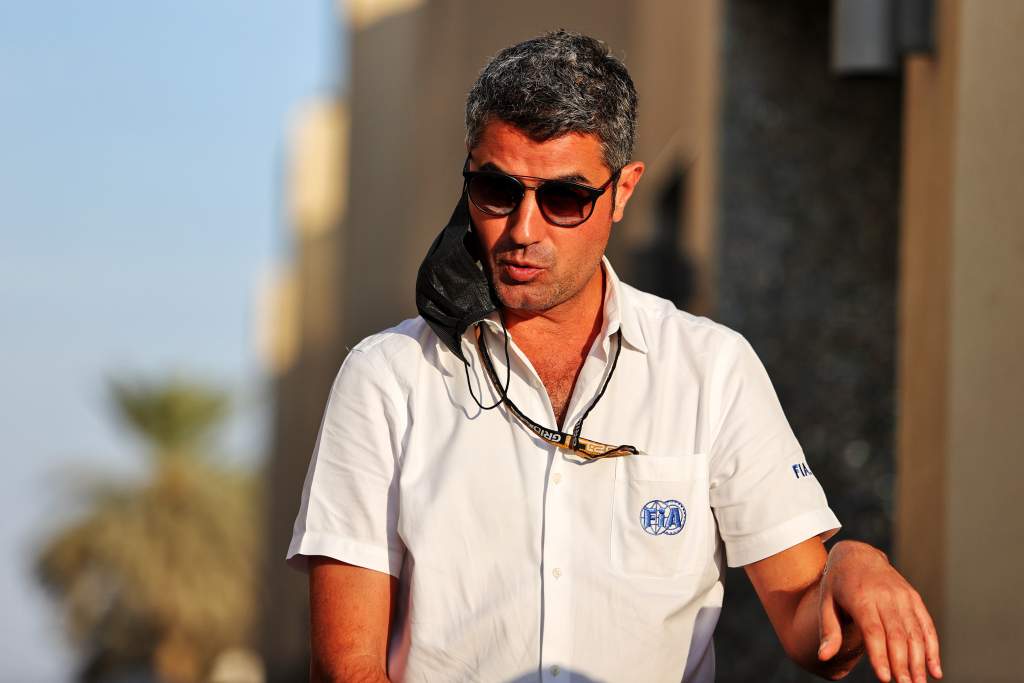 Mercedes has never publicly demanded it wants the FIA to replace Masi as race director but his departure and that of Nikolas Tombazis are reportedly on the team’s wishlist.

Asked last month if a change of race director would give Mercedes more confidence in the FIA, Wolff said: “It’s not only a decision to change the race director, the whole system of decision making needs to be improved.”

Though the stewards sided with Masi in their verdict on Mercedes’ initial protests on Sunday, the FIA has since effectively admitted the end of the race was mishandled by pledging an in-depth review of what happened and promising necessary changes will be made for the start of next season.

There has also been no public backing of Masi since then, either in the final days of Todt’s FIA presidency or since Mohammed Ben Sulayem took office.

Ben Sulayem would not comment on Masi’s future on his only media appearance after taking the presidency, stating it would be premature to “jump” into that topic.

“But I definitely wouldn’t just jump to conclusions and decisions without going back to my team.”

The role of the new president 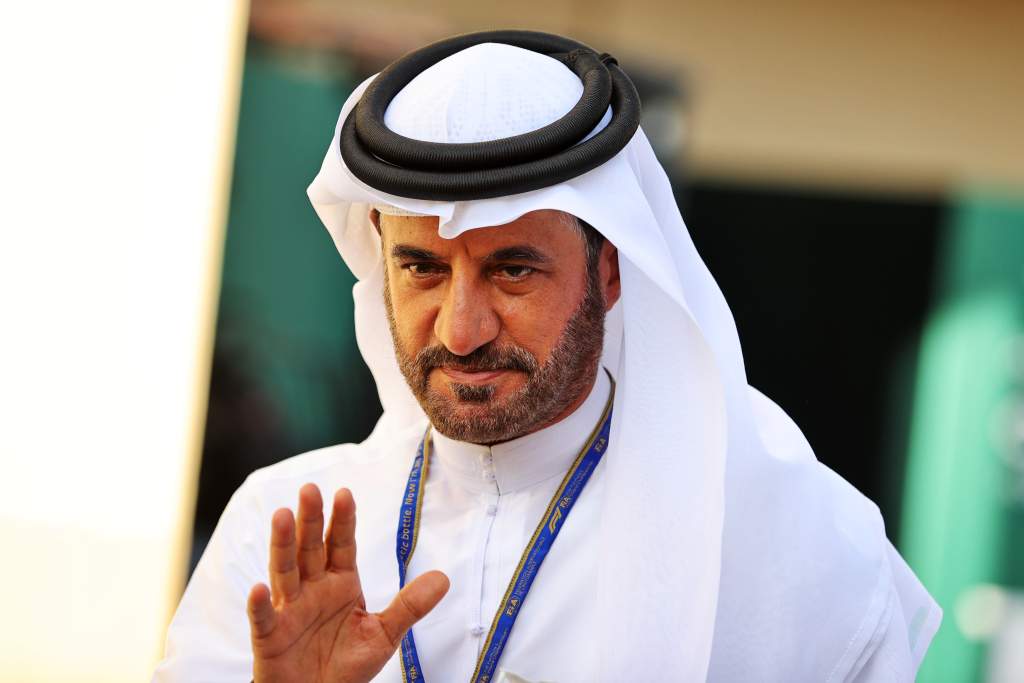 Ben Sulayem was reluctant to comment too much on the controversial F1 finale as it predated his presidency.

Instead, he focused on the FIA World Motor Sport Council’s announcement of a review into what happened and said the governing body needs to push for improvements and be “proactive rather than reactive” in the future.

In the wake of the pressure on the FIA’s processes earlier this week, the governing body has been moved to stress how seriously Ben Sulayem is taking this – with multiple reports citing the same comments from an FIA spokesperson that the new president has made it the top priority.

What’s changed already at the FIA? 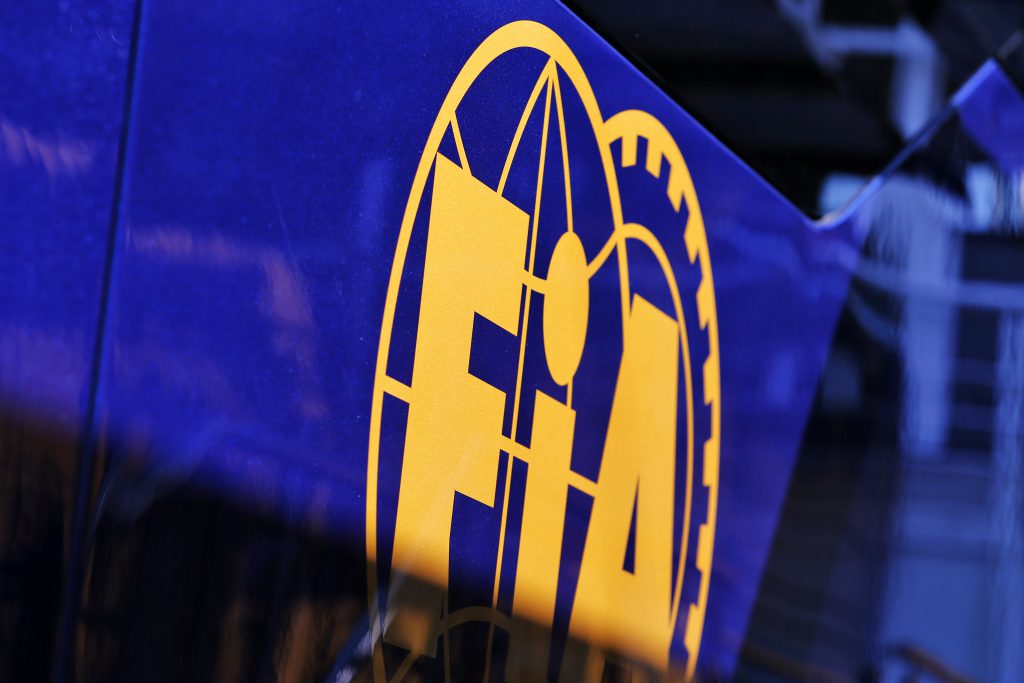 As part of the new presidency there are obviously different figures involved now, mixed with familiar faces.

FIA secretary general for motorsport Peter Bayer, who also heads up its single-seater matters, and new deputy president for sport Robert Reid (a World Rally Championship winning co-driver) are likely to be key figures in the review.

Bayer was namechecked by Mercedes boss Toto Wolff in December as giving him “assurances” the FIA would make changes to “close gaps that have opened up more and more over the last few years”.

There has been growing dissatisfaction among F1 teams over the way rules are enforced, particularly since the late Charlie Whiting passed away on the eve of the 2019 season – succeeded by Masi as race director, with Tombazis leading the FIA’s technical department.

Masi and Tombazis were formally responsible for FIA single-seater matters until a restructuring – planned before the Abu Dhabi controversy – put that under Bayer’s remit for 2022.

Bayer will be in charge of the three-pronged technical, sporting and financial pillars, with heads of each of those departments reporting to him. FOM will continue to be represented on sporting matters by Steve Nielsen.

This is part of F1 technical matters being transferred from FOM to the governing body, the FIA.

It is partly in response to the planned retirement of F1’s chief technical officer Pat Symonds in the summer of next year and the fact that the current managing director of the F1 group Ross Brawn is only contracted until the end of next year at present. 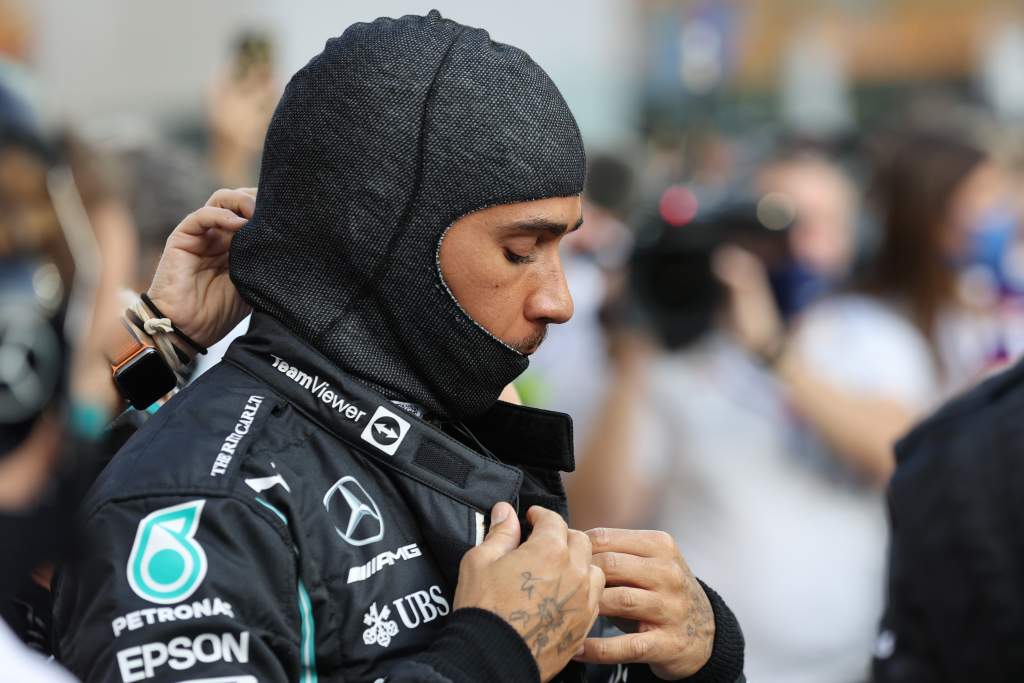 Hamilton is said to be waiting for the outcome of the review to decide whether to return to F1 in 2022, despite being contracted to the end of the 2023 season.

He is known to be deeply upset with what happened in Abu Dhabi but had he decided to quit in anger, we would know already. So, this is a more complicated matter and likely tied to what Mercedes wants the review to result in.

Wolff said last month that Mercedes expects it to come up with not just words but “good actions” and he pledged to hold the FIA accountable “because we cannot continue in a sport that is meant to be sport followed by entertainment and not the other way around”.

Mercedes needs to be convinced that the analysis the FIA has undertaken is a serious one, with a public outlining of the how and why of the process laid out, with the outcome being a more robust and transparent officiating process to restore faith in the governing body.

Apart from Hamilton’s own issues with trusting the FIA, which are an important matter to resolve, part of his relevance here is the role he can play in Mercedes’ bid for accountability.

The implied threat of quitting is powerful because it’s not a question of whether he wants to or not, but whether he’s willing to do so if the FIA’s response is unsatisfactory.

To lose a superstar at some point is an inevitable blow because age catches up with everyone, but to do so because they have no confidence in the governance and the legitimacy of the sport is completely different.

Not only would it be embarrassing for F1, but it would have tangible commercial impacts and cost fans.

When will this be settled? 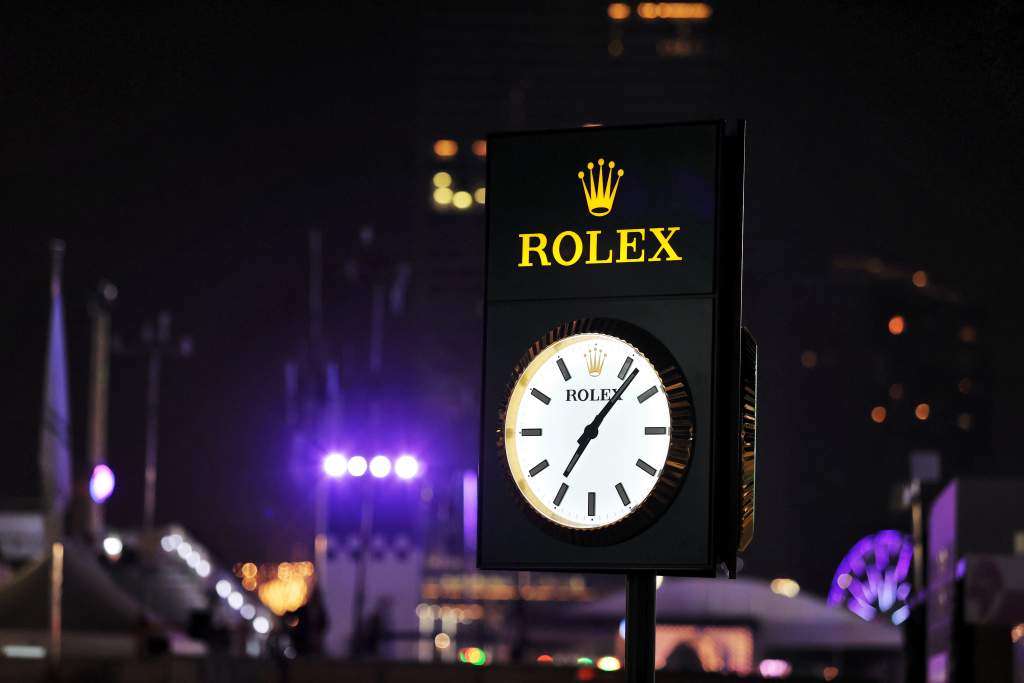 The FIA promised that “any identified meaningful feedback and conclusions be made before the beginning of the 2022 season” and the next meeting of the World Motor Sport Council on February 3 is said to be the deadline.

This means any relevant recommendations should be tabled and discussed in time to be ratified ahead of pre-season testing.