Sainz was never threatened in the 346km loop near Bisha since he grabbed the lead at the third waypoint from Overdrive’s Lucio Alvarez – the Spaniard successfully tackling the soft dunes towards the end of the stage en route to a comfortable 2m04s victory.

This was Sainz’s second stage win in the Dakar this year and the fourth for Audi’s new hybrid RS Q e-tron contender.

The result marked the continuation of Audi’s strong run in the second week of the rally, with the German manufacturer having now won three of the five stages since the rest day on Saturday – with all its three drivers scoring one victory apiece.

Sainz’s former World Rally Championship team-mate Sebastien Loeb emerged as his closest rival at the end of the day, the Frenchman putting on another solid performance in his Prodrive-run BRX to finish second.

Loeb gained just over four minutes on his title rival Al-Attiyah, who had a subdued run to eighth in his factory Toyota Hilux – two places behind team-mate Giniel de Villiers.

However, this still leaves the Qatari driver with a whopping 28m19s advantage heading into the short final stage to Jeddah on Friday, putting him in a prime position to seal a fourth Dakar win.

Al-Attiyah and Toyota last scored a Dakar win together in 2019. 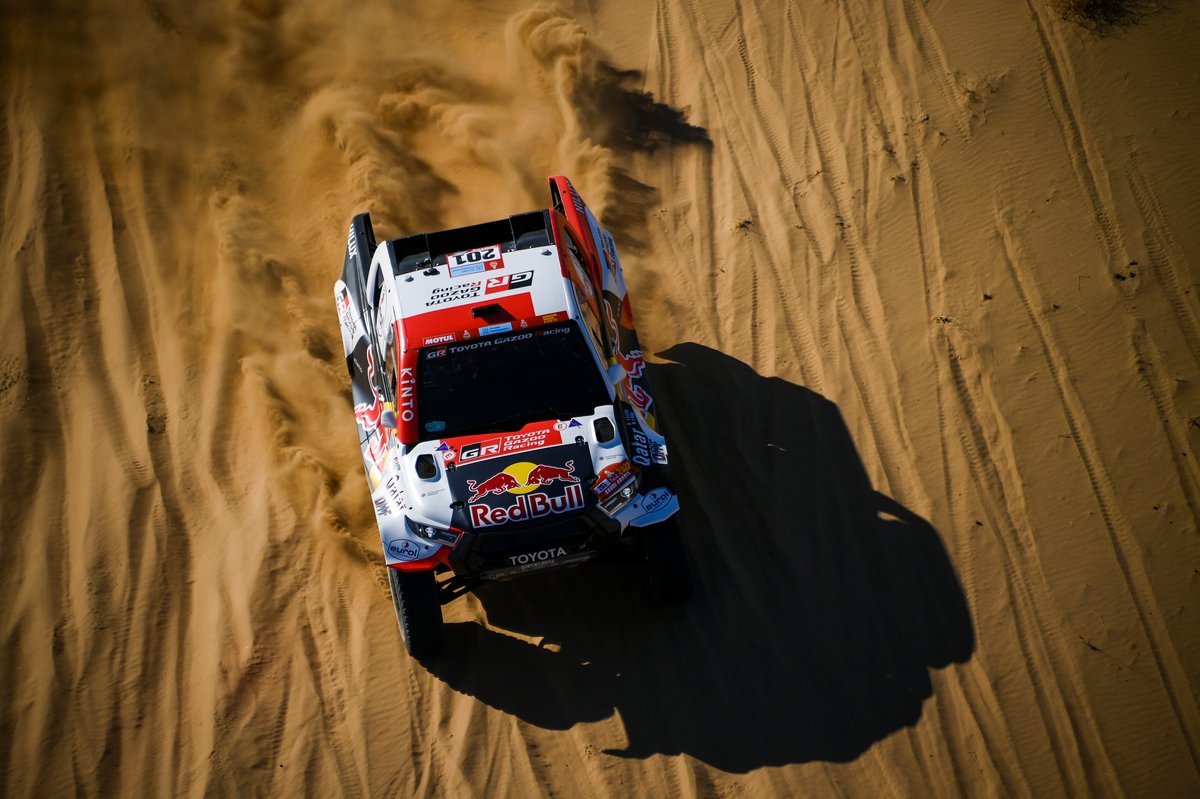 Behind stage winner Sainz and second-placed Loeb, Alvarez finished just over three minutes off the pace in third, with Mattias Ekstrom (Audi) and Nani Roma (Prodrive) not far behind in fourth and fifth respectively.

Stephane Peterhansel lost six minutes early in the day and finished the stage with roughly the same margin to teammate Sainz, ending up seventh behind de Villiers’ Toyota.

In the overall standings, Saudi driver Yazeed Al Rajhi has slipped over an hour behind Al-Attiyah in third, while a tough outing for X-raid Mini driver Jakub Przygonski has elevated Orlando Terranova (Prodrive) and de Villiers to fourth and fifth respectively.

Ekstrom moves up a place to ninth overall, aided by a difficult day for another X-raid driver Sebastian Halpern.