The Clio revamp that will boost a hidden club racing gem

It was one of the worst-kept secrets in national paddocks last season, with little attempt to hide the news that many welcomed. The popular Clio 182 Championship was going to introduce a new model of car, the Renault Clio 197/200, and the series was being rebranded as the Clio Sport Championship.

Despite it only being officially announced in November at MotorsportDays LIVE, those already in the 750 Motor Club-run championship were informed of the proposed change months earlier in order to gauge interest and gather feedback.

“It’s not exactly been a secret around the Clio paddock – we made all the drivers aware at the beginning of 2021 what the plan was,” says James Winstanley, 750MC commercial manager. That plan is to breathe fresh air into the championship, which has been a mainstay of the 750MC for the past eight seasons as a standalone series.

While grids have been healthy – averaging 20 entries last season and 19 the year before – as well as providing competitive racing action, it remains one of the smaller championships the 750MC has to offer. That is more of a testament to how well the club’s other series have been performing than how poorly the Clio championship has been doing.

Insight: The data that underlines how club racing thrived during 2021

“We’ve always had very good grids for Clios, but it’s never been 30-plus and we’re always working harder to get the big grids that we’re kind of known for,” adds Winstanley.

The reason for the introduction of the newer model is twofold. With the 197 being more modern – it was launched in 2006 – there are more donor cars available as well as a healthy market of spare parts for a moderate price, something that can’t be said for the 182s as parts become rarer and prices climb higher. The 197’s shape and aesthetics, it is hoped, will also be more appealing to a younger audience and bring fresh blood into the championship – the idea being to attract new drivers rather than convert those already in the category. 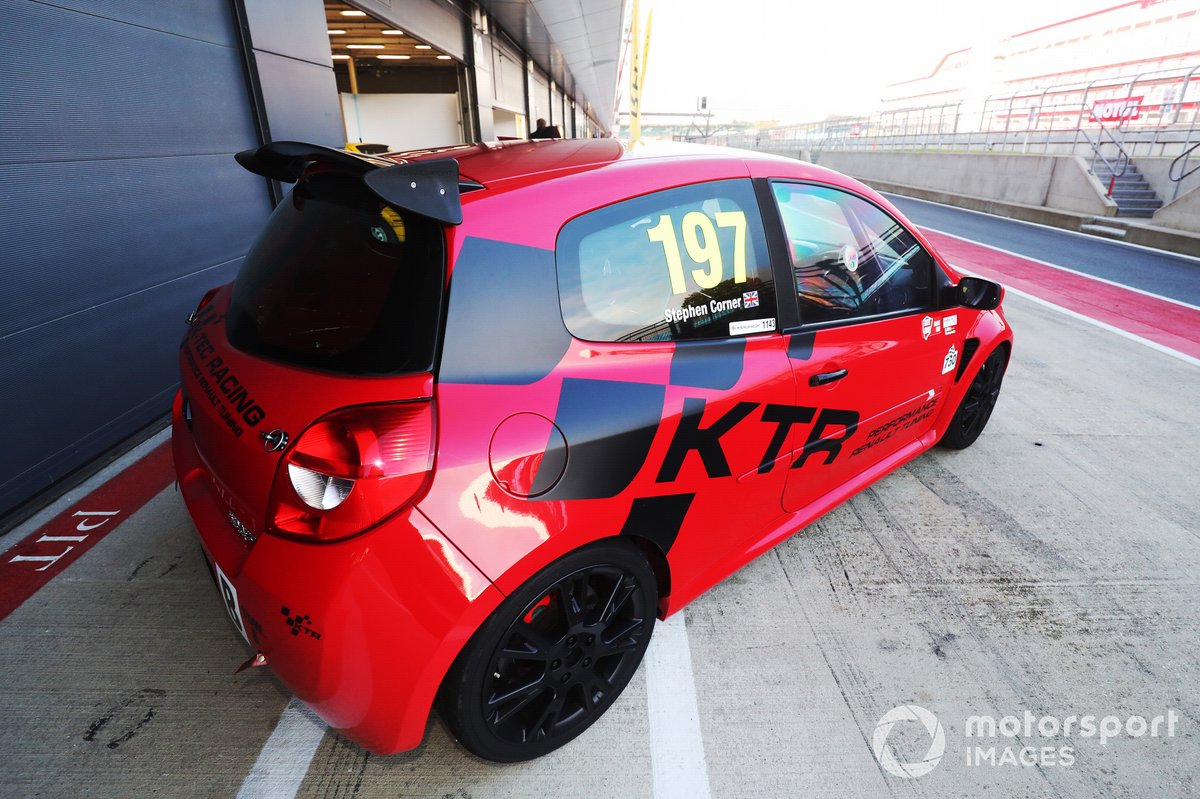 Winstanley is keen to stress that the new model isn’t a replacement for the older 182, but rather that the two will both vie for the outright title, although there will also be separate class titles on offer similar to the 750MC’s Toyota MR2 Championship.

“It’s a new era for the championship,” he says. “The idea is that it’s not intended as a replacement for people that currently race in 182s, it’s just another option so anybody that’s coming in afresh to the Clio championship has got two different options. They might prefer a 182 or they might prefer a 197.”

Tight regulations should ensure a reasonable level of parity across the field, but the notable difference between the two models remains the weight, with the newer 197 version weighing 1175kg, some 105kg heavier than the older 182 chassis. That being said, the newer model is expected to have more power, and Winstanley is confident that the performance of both cars will be evenly matched across the season.

C1s and BMW 116 Trophy cars, which were both out in the same session, were being blown away by the Clio. Yes, that is to be expected, but it still put into context what a little pocket-rocket the 197 is

To experience this performance first-hand ahead of the new car’s introduction this year, Autosport was given the chance to get behind the wheel of a 197 at its official launch last November. This particular car was put together by Stephen Corner, workshop manager at K-Tec Racing, which is technical partner to the championship. Corner made a number of outings in the 750MC’s Hot Hatch Championship last year aboard the car, as a means of testing its performance and to showcase it to prospective drivers.

Those capabilities were on display as I was given a passenger lap alongside Corner around the Silverstone International layout. One of the most surprising things that comes across even as a passenger is just how much it revs – something that catches me out during my stint behind the wheel. It feels nimble, with plenty of grip, although Corner proclaims that a full tank of fuel means it’s perhaps not as nimble as it could be. 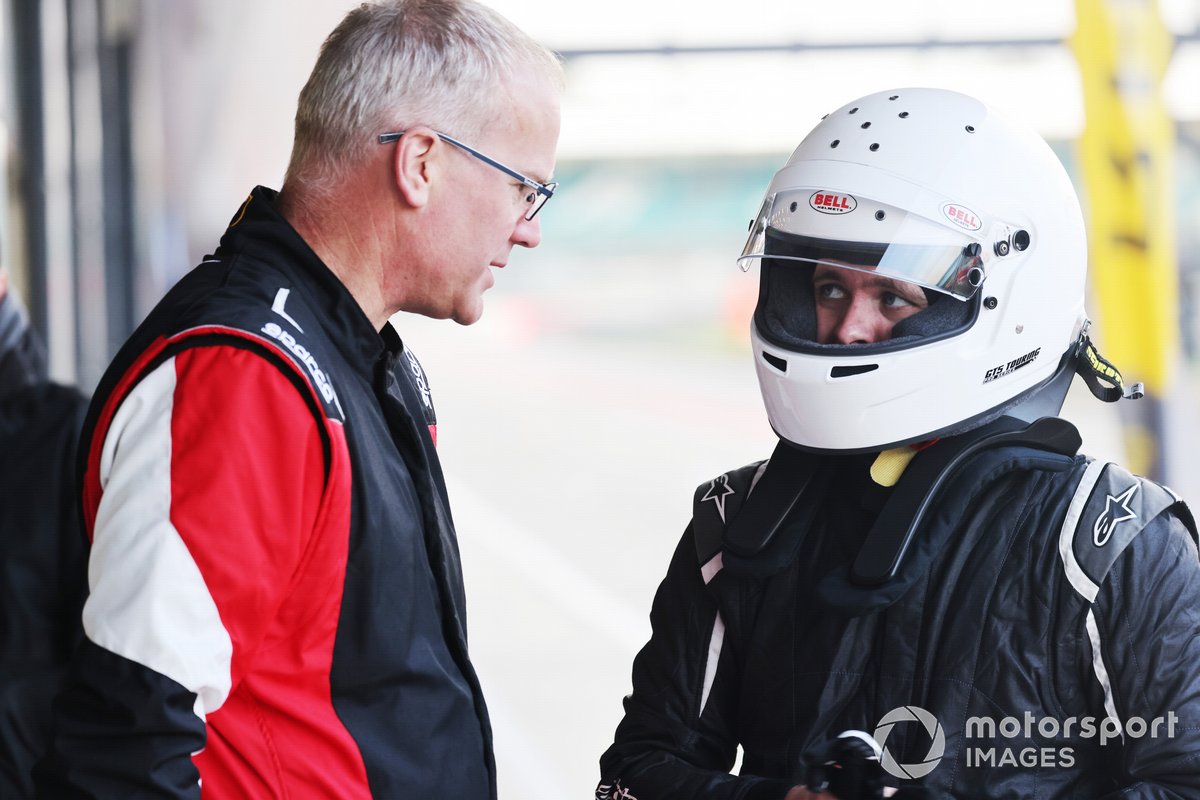 Mackley was impressed by Corner’s 197 Clio, which has more power but is heavier than its predecessor

With seat and wheel changes made to accommodate my much shorter frame, it’s my turn to hit the track. The first word that comes to mind from my 15-minute stint is ‘fun’. The car is well-balanced, with surprisingly little understeer for a front-wheel-drive car, especially compared to the Citroen C1 I’ve raced before. Lap after lap I’m able to throw it into the corners without fear of missing the apex or spinning out. Only once through Stowe did the rear step out slightly, but even when I’d reached this limit there wasn’t a moment of fear that it was going to spit me off.

As mentioned already, the high-revving nature and speed at which it climbs to the limiter catches me out on two occasions, as with my right foot planted it just wants to continue pulling. Entering Hangar Straight in fourth via the cut-through at The Loop, you’re easily in sixth before the end of the straight, while you’re only as low as third for Vale/Club. The sheer performance for something that doesn’t really cost that much in the world of motorsport is pleasantly surprising.

To put it into context, C1s and BMW 116 Trophy cars, which were both out in the same session, were being blown away by the Clio. Yes, that is to be expected, but it still put into context what a little pocket-rocket the 197 is.

Affordable, competitive grids is what the 750MC is renowned for and financial packages being put forward should only make the 197 more of an appealing proposition. Last year the club offered Foundation packages for the Type R Trophy, which averaged nearly 23 entries last season, and a similar deal is available for the 197 this year.

For those wishing to get behind the wheel, with entry to all 14 races across six weekends, registration fees, a pre-season testing day and additional spares and discounted technical support included, it will cost just over £15,000 including the donor car for current licence holders. Those taking up racing for the first time who will need to complete their ARDS and acquire equipment can do so for less than £16,500, while the cost of both packages will be less if drivers source their own donor cars.

During my time at MotorsportDays, a number of potential drivers inquired about the new machine and Winstanley says five cars are already in-build, with hopes that as many as 10 could be on the grid for the opening round of the season at Croft in April.

If that’s the case, the target of 30 Clios could be hit at the opening round, and few would bet against that number growing as word spreads about one of the worst-kept secrets in club racing. 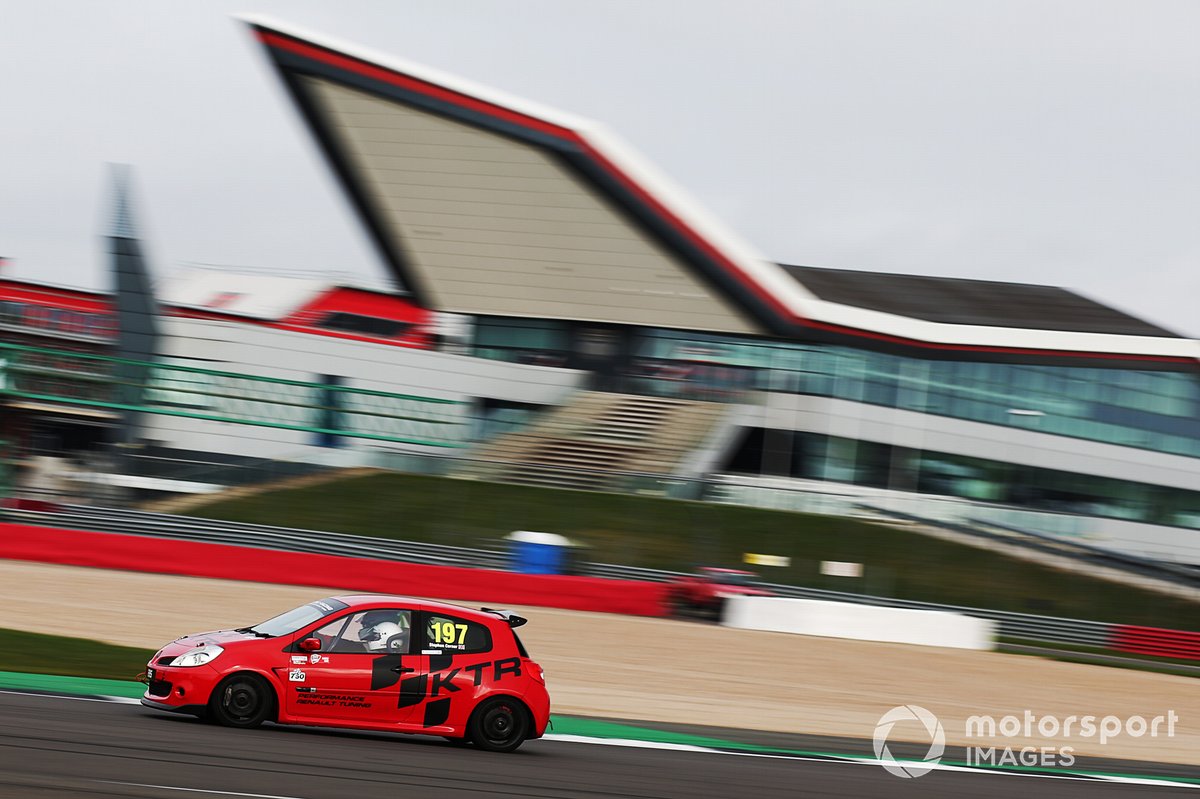 Could the arrival of the 197 Clio be the spur that the renamed Clio Sport Championship needs?