With the Audis of Mattias Ekstrom and Stephane Peterhansel forced to open the road following their 1-2 finish on Monday, the three Toyotas duked it out for victory in the 287km test near Wadi Ad Dawasir.

Stage 5 winner Lategan held the early advantage in his Hilux T1+ car, but couldn’t pull out a gap over his teammates de Villiers and Al-Attiyah, as Peterhansel and Prodrive’s Sebastien Loeb also provided a tough fight to the Toyotas at the beginning of the stage.

De Villiers moved into the lead at the third waypoint on 118km and managed to just about stay in front, taking a first stage win of Dakar 2022 by just nine seconds over fellow South African Lategan. 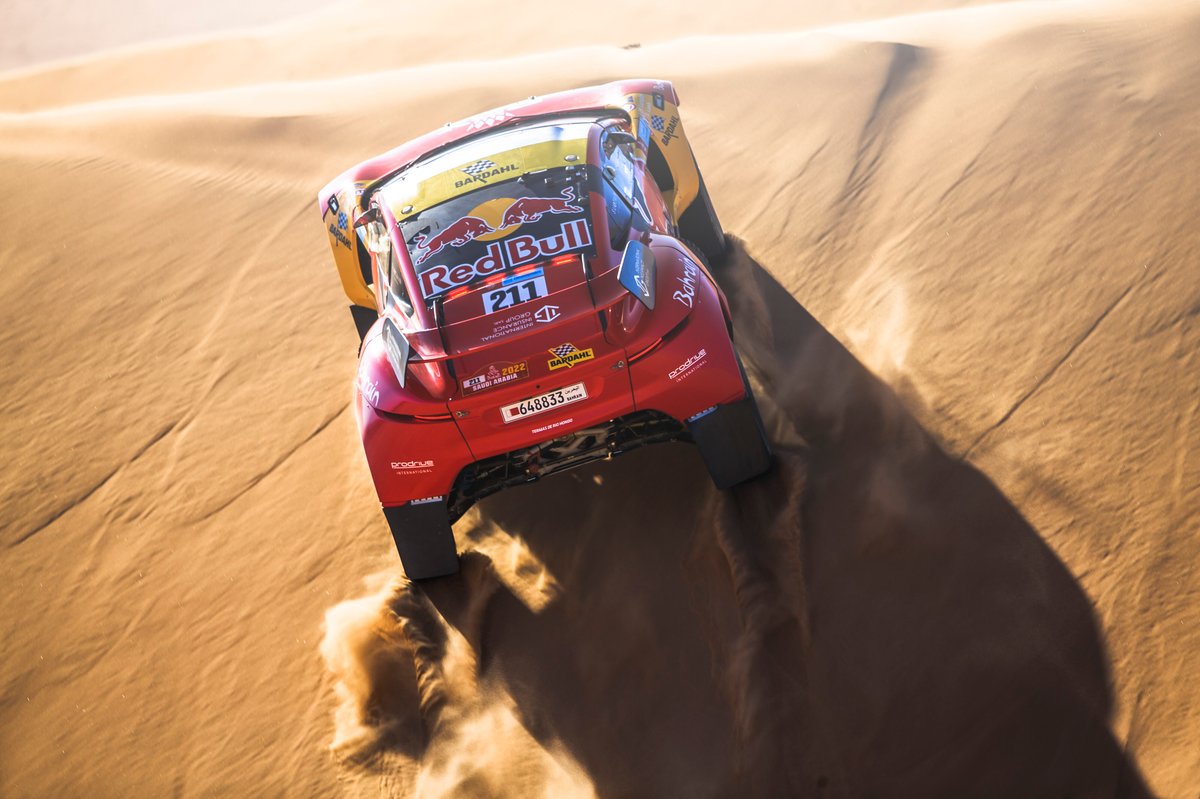 Al-Attiyah finished just over a minute behind his team-mates in third after losing time on Monday with a broken rear differential, strengthening his bid for a fourth career Dakar win.

Ekstrom incredibly ended up just 2m07s off the pace of the Toyotas in fourth, while Loeb finished a further four seconds back in fifth after running as high as second early on in the stage.

Sainz and Peterhansel finished sixth and eighth in the other two Audis respectively, neither losing more than 4 minutes to de Villiers, while 2014 champion Nani Roma rebounded from a difficult run of results to finish 10th.

In the general classifications, Al-Attiyah now enjoys a 39m05s lead over his closest rival Loeb heading into the final three stages of the rally, with Yazeed Al Rajhi nearly an hour adrift in the Overdrive Toyota.

The Audis are yet to break inside the top 10, with its top contender Ekstrom currently placed 11th and 10 minutes adrift of Matthieu Serradori (Century).

Wolff “couldn’t wish for any better” than Hamilton Russell pairing