Mercedes beat Red Bull in Qatar corners, not the straights

Mercedes have revealed that it was not their straight-line speed which beat Red Bull in Qatar, instead they did it in the corners.

Lewis Hamilton was dominant in Formula 1’s first visit to the Losail International Circuit, taking pole and the victory at a canter as title rival Max Verstappen was forced to settle for P2.

Much had been made about Hamilton’s new ‘rocket’ engine which made an emphatic debut in Sao Paulo, but it was given a rest for the Qatar GP, and data did indeed show that Mercedes and Red Bull were pretty even in a straight line in Qatar.

Mercedes’ comfortable buffer remained though, and it turns out this came from the corners, a traditional Red Bull stronghold which was overturned at the Losail Circuit.

Asked during Mercedes’ Qatar GP debrief why the W12 was so dominant, trackside engineering director Andrew Shovlin said: “Well, if you think about it in a very fundamental sense, you make your lap time from a combination of the straight line, where the drivers are at full throttle, and then the cornering performance.

“So, where does that time come from? Well, really there are two areas. One is the downforce that you can get on the car and clearly, our package was working quite well there, helping us generate a lot of apex speed.

“But then also you’ve got the balance of the car and that’s the thing that we tune with the mechanical settings, the springs and bars, also the front wing we can tune that.

“And for our drivers they had a balance that they were very happy with, they had stability on the way in, they could attack the corner, carry speed and ultimately you saw the demonstration of that with that fantastic lap from Lewis for pole position.

“But as I said, there are a lot of factors but this week it was really all about the cornering performance that was delivering that pace.” 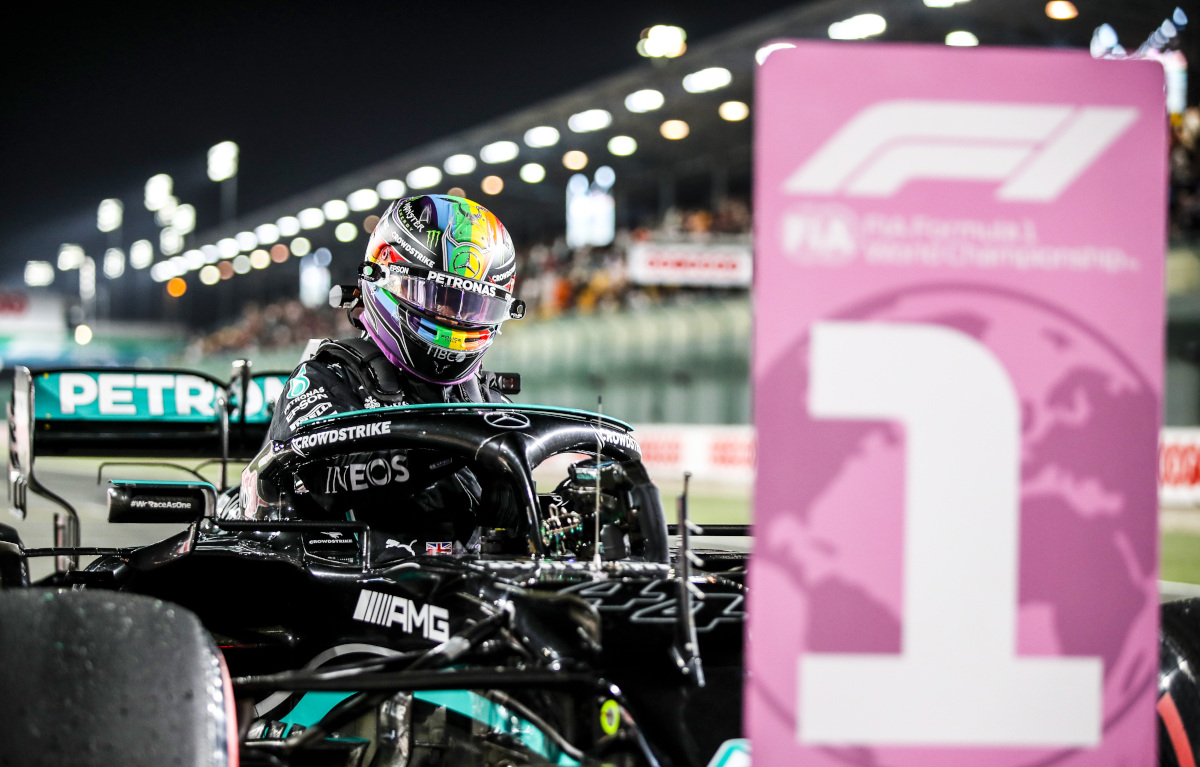 Mercedes team boss Toto Wolff warned that they will be breaking out the “spicy equipment” once again for the last two rounds in Saudi Arabia and Abu Dhabi, referring to that Internal Combustion Engine which Hamilton debuted in Brazil.

And Shovlin explained that the engine was rested in Qatar since Mercedes felt its power benefit would be more effective over the last two races, both to be held on power-sensitive tracks.

“It wasn’t the engine, the fresh one, that we took in Brazil,” Shovlin confirmed when asked which engine Hamilton used in Qatar.

“So, the power advantage you get from that engine in Qatar is much smaller than if you run it at the two remaining circuits.

“All we are doing is really trying to balance the mileage across the pool but make sure that when we use the less powerful engine, there is less of a penalty for it and that also means when we get to the final two tracks, we are going to have the most power that we possibly can.”

Hamilton goes into the Saudi Arabian Grand Prix, the penultimate race of the season, with an eight-point deficit to make up on Verstappen at the top of the Drivers’ Championship.

Mercedes meanwhile lead Red Bull in the Constructors’ by only five points.

The post Mercedes beat Red Bull in Qatar corners, not the straights appeared first on PlanetF1.