Mercedes boss Toto Wolff maintains that Lewis Hamilton was not in the ideal position to decide on his strategy at the Turkish Grand Prix.

Hamilton possessed arguably the fastest car in his Mercedes W12 at Istanbul Park, though his P1 qualifying time was not enough for pole thanks to a 10-place grid drop, incurred for taking a new internal combustion engine.

But his swift progress up the order on race day was ended by Sergio Perez’s intervention, with the Red Bull driver keeping Hamilton at bay with some fine defensive driving, forcing Hamilton and Mercedes into difficult territory strategy wise.

Once Perez had pitted, Hamilton wanted to maintain track position in P3 and try to go to the end on the intermediate tyres which he started with, resisting Mercedes’ initial requests for him to pit.

Eight laps after that first call he would pit as requested, though was furious to learn that he had dropped to P5 behind Perez and Charles Leclerc.

Hamilton was unable to make any impression on the duo as he crossed the line P5, a strategical mishap arguably on both sides.

At the time Wolff said it was always difficult for Hamilton to know the full context of his race inside the car, and this is a belief which he sticks by. 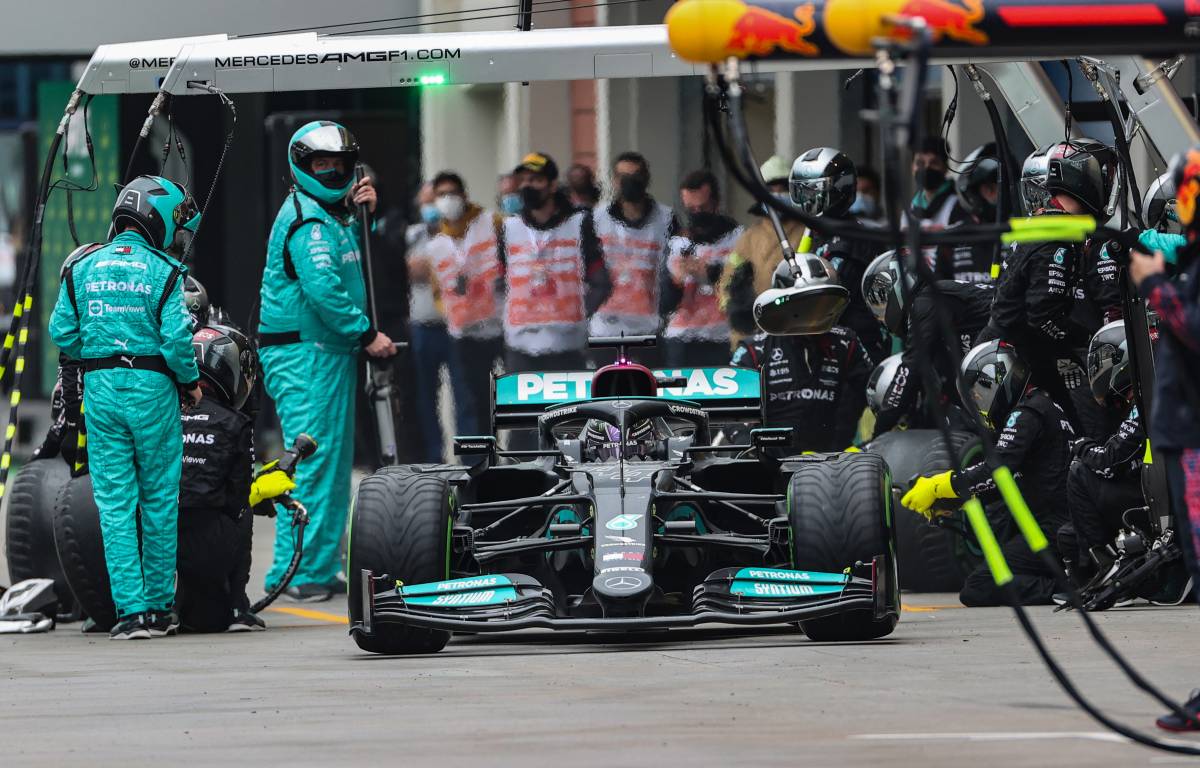 “I think in the car it is always very difficult to assess your position in the race,” Wolff is quoted by GPFans.

“We could have either played it very conservatively and pitted him when [Max] Verstappen, Perez at the time pitted and then fought it out on track. [We would have] probably come out behind Perez and fight for P4, P3 on track.

“The other thing was to try to go long and either think it’s transitioning to a dry tyre or just not stopping anymore. So there were two possible options that sounded quite good.

“Unfortunately, the pace just dropped off much quicker than we would have needed to stay third or even fourth or fifth. We almost lost the window against Gasly and then we decided let’s consolidate fifth.

“So I think in hindsight, I would have pitted 10 laps earlier and fought it out on track and finished third or fourth. But there was much more to gain from the other more dynamic variant.”