Nasser Al-Attiyah and Matthieu Baumel took victory on the Rallye du Maroc to claim the lead in the FIA World Cup for Cross-Country Rallies after a commanding drive saw them win four of the five selective selections. The Toyota Hilux crew, who now have six and seven Moroccan wins to their names respectively, finished 15 minutes and 58 seconds ahead of Yazeed Al-Rajhi and Michael Orr, with their team-mates Lucio Alvarez and Armand Monleon bringing another Hilux home in third overall.

Al-Attiyah and Baumel have reigned supreme since the start of the five-day rally, claiming victory in the qualifying stage and the following three selective sections. Yesterday, they finished second behind Al-Rajhi, not wanting to open the road over today’s closing kilometres, and once again powered to the finish line with the fastest time and outright victory.

Al-Rajhi and Orr have been chasing hard throughout the event and, after winning SS4, the Saudi Arabian/British pairing finished third, behind Jakub Przygonski, in today’s 166 kilometre section. Second is their best result in the series this season and significantly bolsters their title hopes with two rounds in the UAE and Saudi Arabia remaining.

Alvarez and Monleon made it a podium lockout for the Toyota Hilux. The Argentinean/Spanish duo moved into third after the second leg and, with a solid drive, maintained their position to the finish. The all-French crew of Ronan Chabot and Gilles Pillot brought another Hilux home in fourth after dropping behind Alvarez earlier in the event. Sebastian Halpern and Bernardo Graue flew the flag for X-Raid, bringing their MINI John Cooper Works Buggy to the finish in fifth. Denis Krotov and Konstantin Zhiltsov, who were leading the FIA World Cup standings going into the event, rounded out the top six in a John Cooper Works Rally. Mathias Ekström and Emil Bergkvist, fourth overall after the penultimate leg, dropped out of contention today for unconfirmed reasons.

South Racing’s Aron Domzala and Maciej Marton were the surprise winners of the T4 category and finished seventh overall on their first event back in 2021. The Polish BRP Can-Am Maverick XRS crew moved into third in the category standings after the third leg and powered into second after the penultimate 367 kilometre section on the fourth leg. On the final day of competition, however, there was heartbreak and broken suspension for leaders Michal Goczał and Szymon Gospodarczyk – who had held the advantage since the end of the first leg – handing the T4 win to their fellow countrymen.

The South Racing team claimed all three podium positions in the category, with Brazilians Rodrigo de Oliveira Luppi/Maykel Justo and the Italian crew of Eugenio Amos/Paolo Ceci finishing second and third and following Domzala home in eighth and ninth overall respectively. Tenth was claimed by Juan Cruz and Alejandro Miguel Yacopini in an Overdrive Toyota.

There was yet more heartbreak in the T3 category when runaway leader Cristina Gutierrez was forced onto the sidelines with transmission failure in the fourth section. The Spanish OT3 driver, who was topping the category standings after wins in Spain and Kazakhstan, took the lead after the opening leg on her first competitive outing in Morocco but lost all hope of a third win of the season after amassing penalties. Russians Pavel Lebedev and Kirill Shubin therefore claimed the category win in their Can-Am Maverick ahead of South Racing’s Fernando Alvarez/Xavier Panseri.

The penultimate round of the FIA World Cup for Cross-Country Rallies takes the contenders to the Abu Dhabi Desert Challenge (November 5-11). 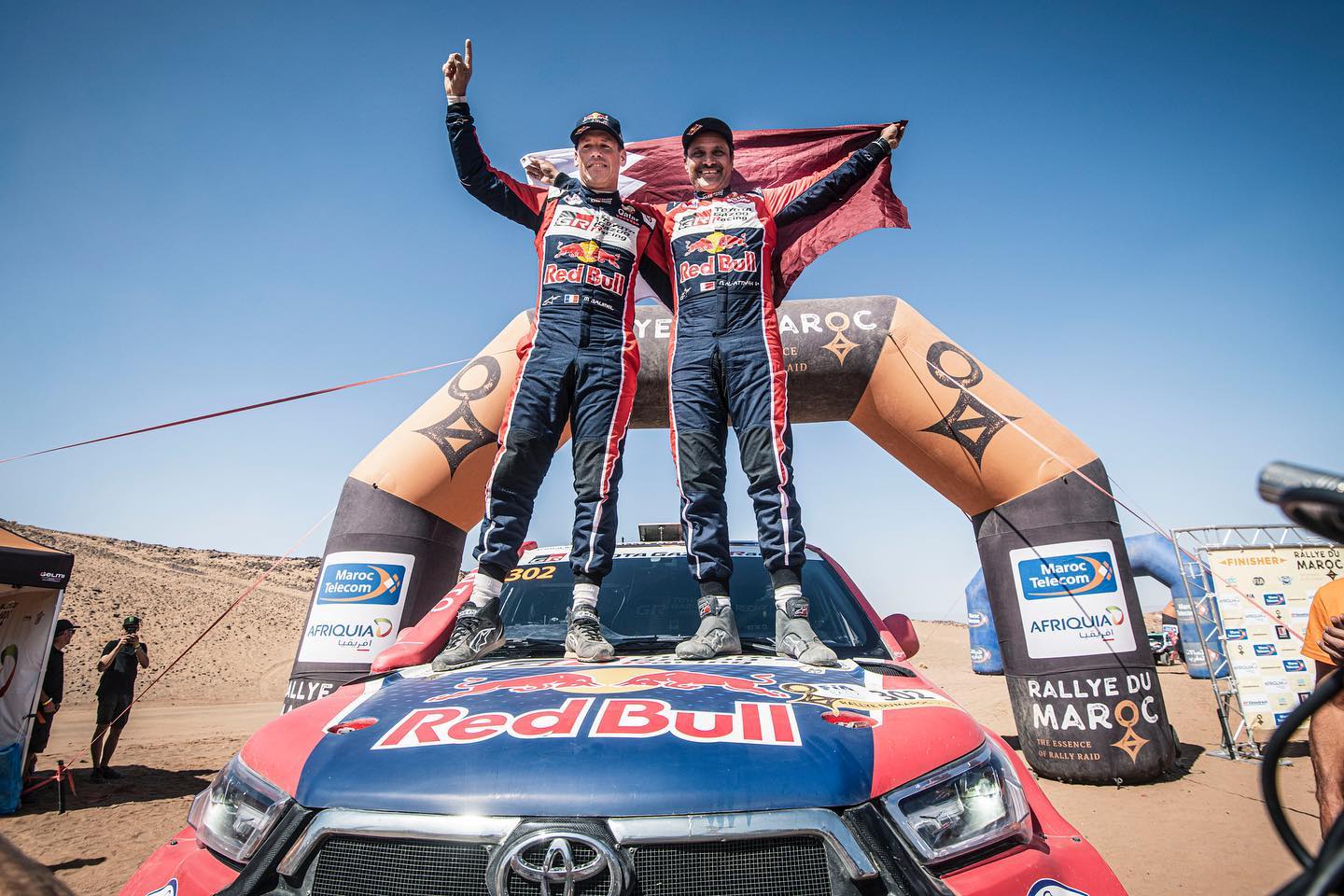