Honda-backed youngster Tsunoda reached Q3 for the third time this season at Istanbul Park on Saturday, and started well to sit eighth early on ahead of Hamilton.

The AlphaTauri driver was able to keep Hamilton back for a number of laps with some solid defending, stalling the Mercedes’ driver’s recovery from a grid penalty that meant he started 11th.

But Hamilton was eventually able to make a pass on lap eight around the outside of Turn 3, with Tsunoda then dropping out of the points after spinning on lap 22.

Tsunoda explained that he “used too much tyre early on” in the fight with Hamilton, but that he wanted to do everything he could to help Honda-powered Verstappen’s title bid for Red Bull before the Japanese manufacturer’s exit from F1 at the ned of the year.

“I want Max to win in the last year of Honda, and for Red Bull as well,” Tsunoda said.

“So I tried to hold Lewis up as much as possible, for I don’t know how many laps. I was trying to save more of my tyre.

“I tried to hold him behind for 20 laps. Eight laps is not enough.” 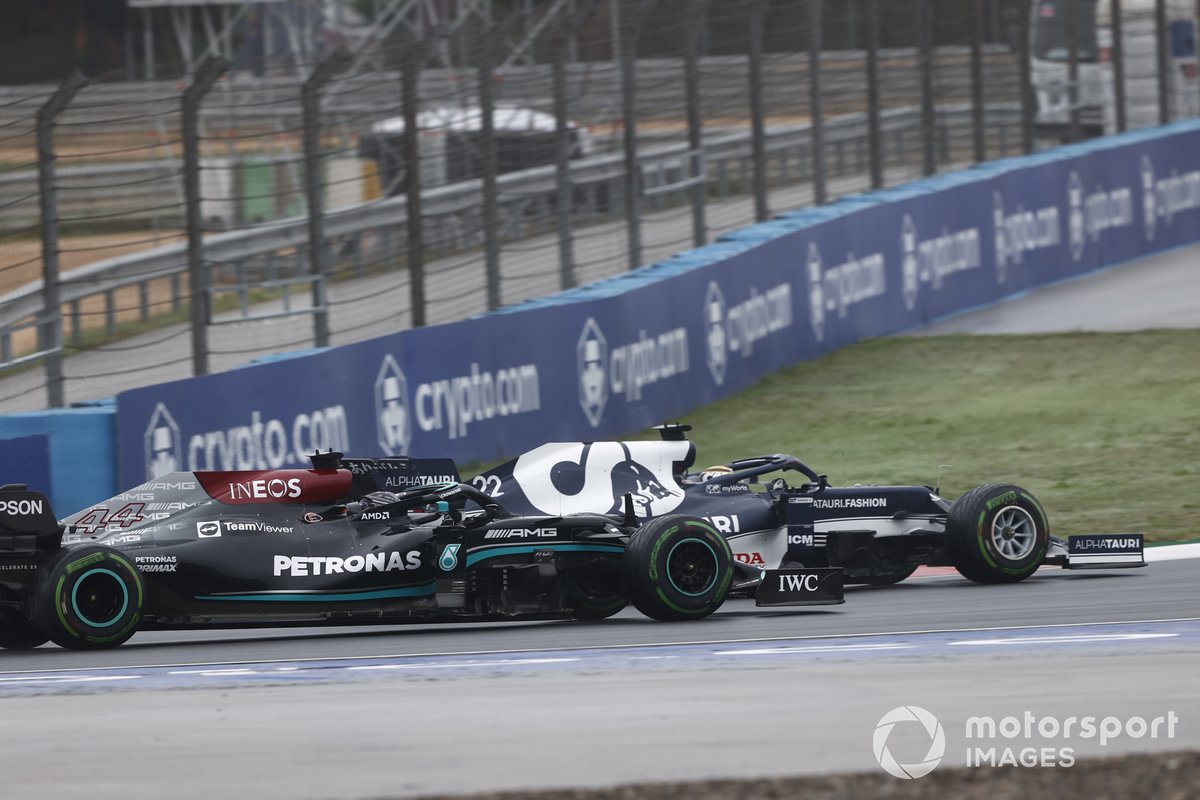 Hamilton would go on to finish the race fifth for Mercedes, meaning Verstappen regained the championship lead by six points with six races remaining.

Tsunoda crossed the line 14th in the end, and lamented the spin after believing he had the pace to score points.

He explained that the dirty spray – something also noted by Nikita Mazepin and Lando Norris – made him think a car was close behind, prompting him to push harder.

“I couldn’t see anything because of dirt and dust,” Tsunoda said.

“I just couldn’t see, I thought there was a car right behind me so I just have to push, and I spun.

“The spin ruined my whole race so it’s a shame. We were able to score points today so yeah, just a shame.”

Tsunoda also rued the lost points as AlphaTauri pushed to catch Alpine for fifth place in the constructors’ championship, with the gap standing at 12 points after Turkey.

“It was an opportunity to get us big points compared to other teams,” he said.