At the end of lap 34 the pair ran side-by-side through the last corners and Perez went wide into the pit entry. He then passed to the wrong side of the bollard before returning to the track.

The Mexican subsequently managed to stay in front of Hamilton when they arrived at Turn 1.

Some observers thought Perez might be in trouble for going off the circuit and behind the bollard before rejoining and salvaging his position.

Masi says he looked at the Perez incident, but there was no formal investigation, as it was not a question of an aborted stop – with Hamilton getting a reprimand in Germany in 2018 for committing such an offence.

“But as our regulations state in the notes you only have to keep to the left of the bollard if you’re committed to entering pit lane.

“So nothing in it. It was good, hard racing between the two of them. Neither team funnily enough raised the question, neither Mercedes nor Red Bull. Good hard fight, play on.”

There was no comment from either driver in the immediate aftermath of the incident, although later in the following lap Perez said, “He pushed me off,” to which his race engineer replied, “Copy Checo, great defence.” 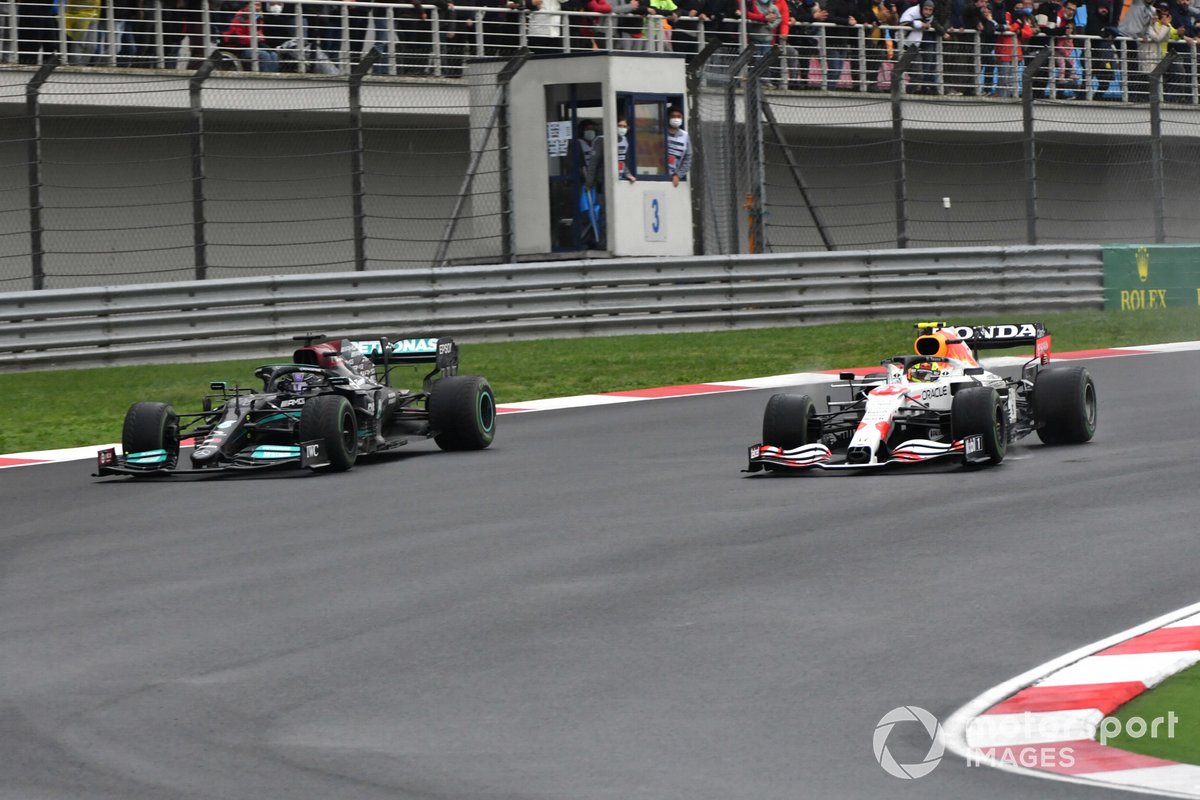 Typically drivers make such comments in part to defend their actions to race control.

However as Masi noted neither Red Bull nor Mercedes got on the radio to him to suggest that the other driver was at fault in the incident.

“We don’t listen to every driver’s radio. And generally the teams are very good that if there’s an issue that they want reviewed, as you’re all well aware, the radio panel lights up very quickly!”

After the race there was no further suggestion from Perez that he had been pushed off.

“That first stint was so difficult for me, especially towards the end and Lewis was pretty fast,” he said. “I think at the time he was the fastest car on track, so to hold him back at that point was pretty challenging.

“We had a good fight. Had to even avoid the pit bollard on pit entry, but it was a good fight overall, and managed to stay ahead.”