Hamilton: Press making ‘too much’ of Turkish GP radio messages

Lewis Hamilton has rubbished rumors that he is furious with his Mercedes crew for its strategy call in the Turkish Grand Prix, insisting the press is making "too much" of his tense radio messages with his team.

Hamilton and Mercedes’ strategy engineers were at odds with when the Briton needed to box for a fresh set of intermediates tyres in the final part of Sunday’s race.

The seven-time world champion initially overruled the team’s call to bring him in, but he eventually undertook a belated pit stop that dropped him two positions in the running order and left him P5 at the checkered flag, or three spots behind his title rival Max Verstappen.

After his pitstop, a frustrated Hamilton fired off several angry messages at race engineer Peter Bonnington, questioning the timing of the stop, although after the race he appeared to bring himself in line with the Brackley squad’s strategy call.

On Monday, Hamilton took to Instagram to set the record straight regarding the tone of his communication with his team on Sunday. 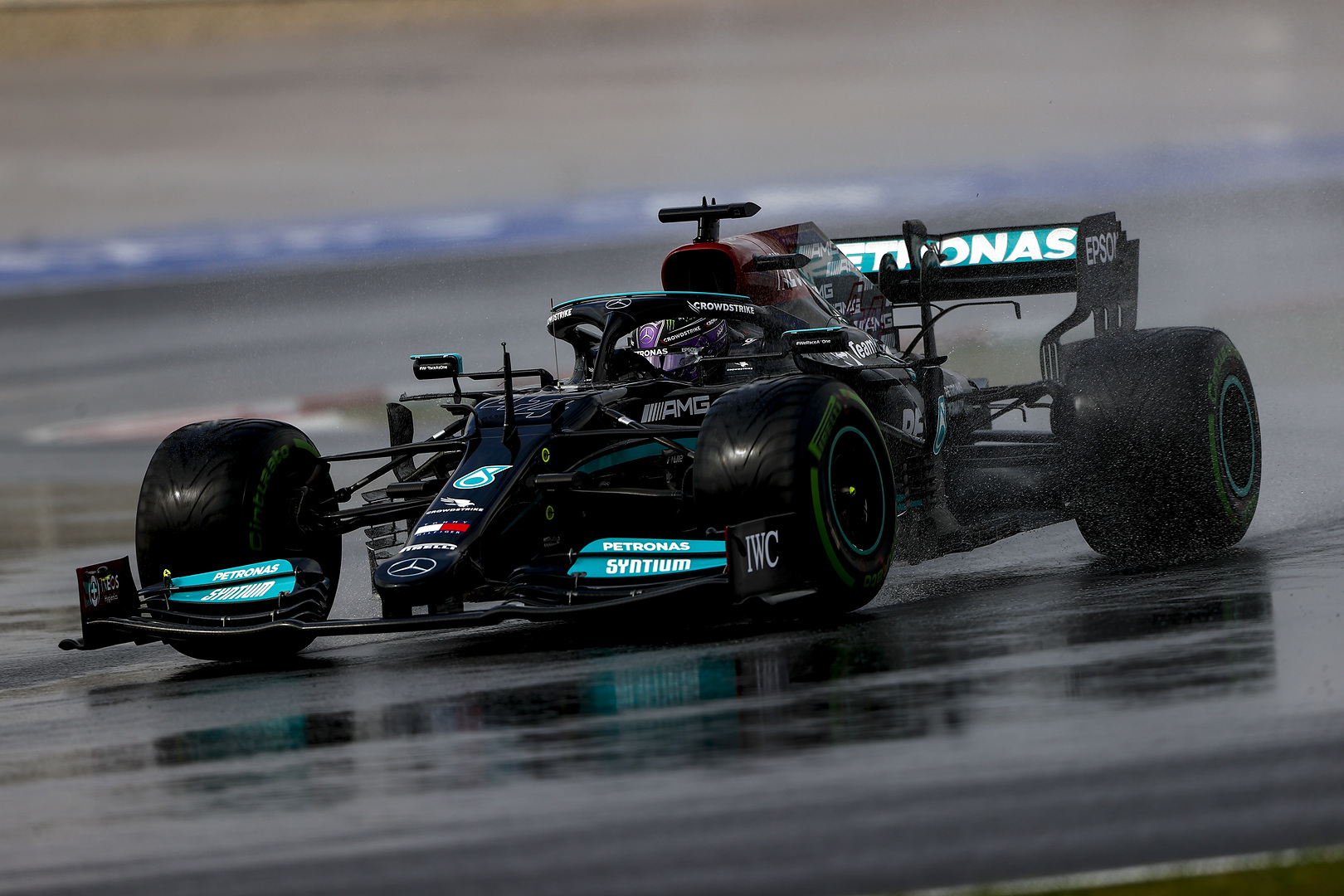 "Good morning world! I’ve seen some of the press this morning which has made a bit too much of the incident in yesterday’s race of when to pit," Hamilton wrote.

"It isn’t true to say I’m furious with my team.

"As a team we work hard to build the best strategy possible but as the race progresses you have to make split decisions there are so many factors constantly changing.

"Yesterday we took the risk to stay out hoping it would dry, it didn’t. I wanted to risk it and go to the end but it was my call to stay out and it didn’t work.

"In the end we did pit and it was the safest thing to do.

"We live and we learn. We win and we lose as a team. Don’t ever expect me to be all polite and calm on the radio when I’m racing, we are all very passionate and in the heat of the moment that passion can come out, as it does for all drivers.

"My heart and spirit are out there on the track, it’s the fire in me that’s got me this far but any angst is quickly forgotten and we talked it through, already looking ahead to the next race.

"Today’s another day to rise as a team. Still we rise."

After Sunday’s race, Mercedes team boss also addressed Hamilton’s unusually stressed communication, and made clear that he had "no problem at all with tough conversations on the radio".

"Obviously we wouldn’t speak like this to Lewis, because he’s driving a car at 320 km/h," Wolff said. "But that’s all OK, absolutely. We are totally aligned, we’ve been in this together eight years.

"We have thick enough skin to understand that a driver in the car is frustrated about the situation, that he will understand afterwards."

"I think we just need to work on the communication to trust each other, and in a way be able to describe what we are aiming for."

Ahead of next week’s US Grand prix at the Circuit of the Americas in Austin, Hamilton trails Verstappen by six points in the Drivers’ standings while Mercedes increased its lead over Red Bull in the Constructors’ championship by 36 points.

The post Hamilton: Press making ‘too much’ of Turkish GP radio messages appeared first on F1i.com.