Cross-Country – Al-Attiyah and Baumel hold the advantage in Morocco

Nasser Al-Attiyah and Matthieu Baumel lead the Rallye du Maroc at the mid-point of the fourth event in the FIA World Cup for Cross-Country Rallies. The Qatari/French pairing have a 13 minute advantage over Toyota team-mates Yazeed Al-Rajhi and Michael Orr, while Lucio Alvarez and Armand Monleon have slotted into third with two legs remaining.

After three editions starting from Fez, this year’s Rallye du Maroc returns to Zagora and a central bivouac located in the desert, base for the five-leg event. Al-Attiyah and Baumel have an impressive history of five victories on the rally and the duo laid down the marker on the opening Qualifying Stage to take the first stage win. The Qatari opted to start 10th on the road for the next 288-kilometre section but admitted at the end that it was not the optimum position due to the amount of dust in the soft dunes. The four-time FIA World Cup winner nevertheless won the section to pull out a four minute and 17 second lead. Yesterday, the highest dunes in the Kingdom were the setting for the second leg, and the Toyota crew once again reigned supreme. Despite a puncture, they claimed their third consecutive stage victory and today made it four from four after another commanding drive.

Al-Rajhi and Orr have been hot on Al-Attiyah’s heels, second to the Qatari in the first three selective sections. Yesterday they were the victims of three punctures and were also slowed with the loss of second gear. In today’s third leg the Saudi Arabian/British pairing finished third in the section, just two minutes and 42 seconds adrift of Al-Attiyah after 340 competitive kilometres. Jakub Przygonski, in the MINI John Cooper Works Buggy, finished second on the stage but is out of overall contention after breaking a drive-shaft on the first leg.

Third is held by Alvarez and Monleon in another Toyota Hilux. The Argentinean/Spanish pairing, equal third in the FIA World Cup standings, were only ninth fastest on the Qualifying Stage but sixth on the first long stage saw them climb to the same position in the overall classification. On the second leg they were fourth on the 334 kilometre section to climb into third overall and maintained position after today’s long section on stony tracks.

The all-French pairing of Ronan Chabot and Gilles Pillot lock out the top four for the Toyota Hilux. They were 10th after the opening Qualifying Stage but third in SS1B catapulted them into third overall. Having dropped time in SS2 they slipped behind Alvarez into fourth but are still only five minutes adrift of the podium after three of the five legs.

Mattias Ekström and Emil Bergkvist sit alongside Alvarez in the FIA World Cup classifications and while they had a strong start on the short opening stage, the MINI John Cooper Works Rally crew lost time in SS1B with punctures and some navigation difficulties. They nevertheless climbed from seventh to fifth yesterday and maintained position today.

Frenchmen Lionel Baud and Jean-Pierre Garcin are sixth in a Peugeot 3008 DKR ahead of Sebastian Halpern and Bernardo Graue in the two-wheel drive MINI John Cooper Works Buggy who have climbed from 11th to seventh today. Eighth overall is held by current leaders of the FIA World Cup for Cross-Country Rallies, Denis Krotov and Konstantin Zhiltsov. The Russians were fourth after the opening leg but have dropped down the order mid-way through the event.

An impressive ninth is held by Michal Goczał and Szymon Gospodarczyk, the Poles also leading the T4 category. The Can-Am Maverick XRS crew have been within the top three in the category on all four stages, despite two punctures in the second leg. Cristina Gutierrez, navigated by François Cazalet, is equally impressive in 10th overall and heading T3. The Spanish OT3 driver, who is leading the category standings after wins in Spain and Kazakhstan, took the T3 lead after the opening leg and has a commanding advantage on her first competitive outing in Morocco.

Two selective sections remain before the finish in Zagora on Wednesday. 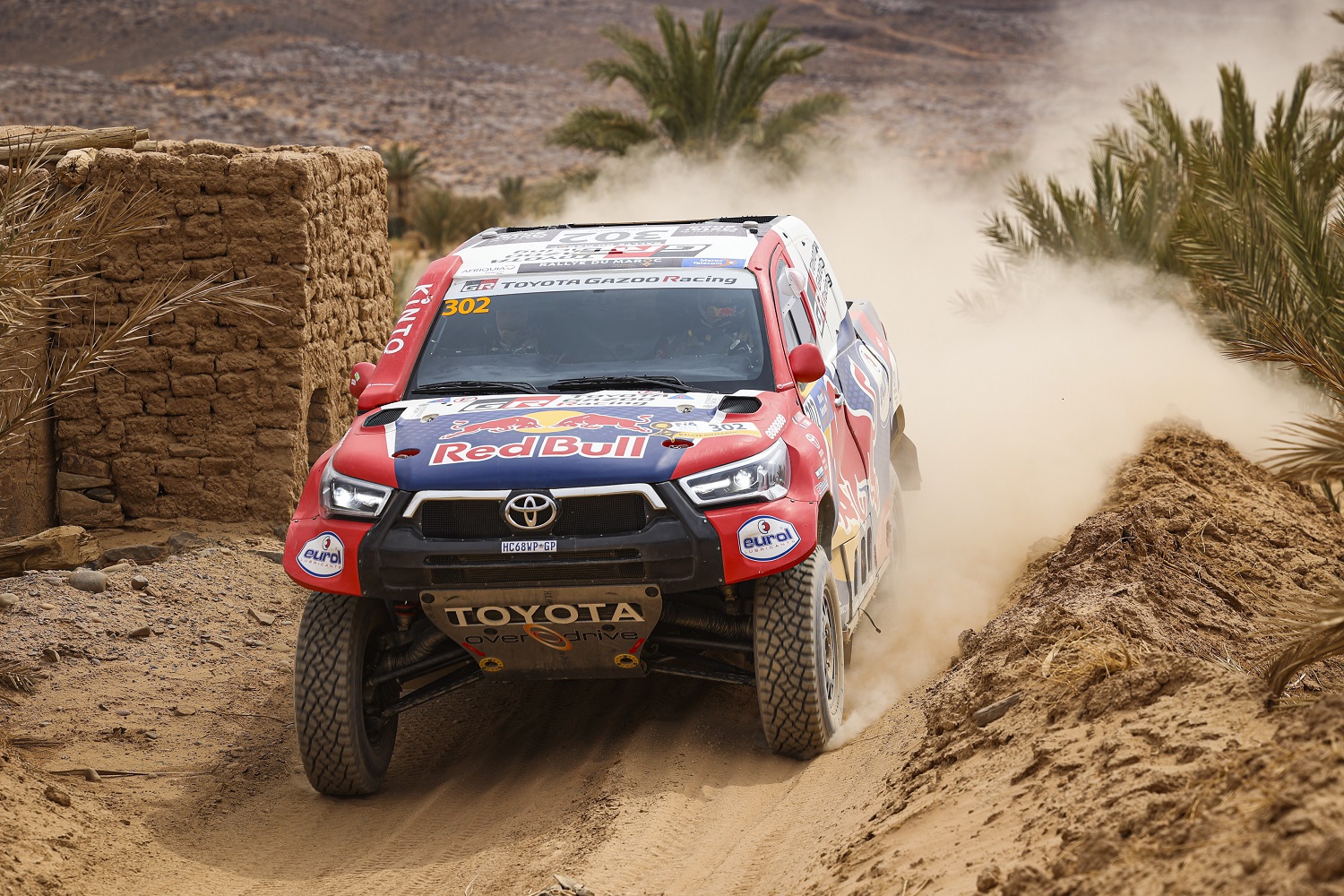