Yazeed Al Rajhi and Michael Orr claimed a solid victory on the Italian Baja, the penultimate round of the FIA World and European Cups for Cross-Country Bajas. The Toyota Hilux crew won two of the five selective sections to reach the finish with a winning margin of three minutes and three seconds over Tiago Reis and Valter Cardoso. The Lithuanian/Portuguese duo of Benediktas Vanagas and Filipe Palmeiro finished third, making it a podium lockout for the Hilux.

Saudi Arabian Al Rajhi, who won in 2014, and Orr were fastest in the opening qualifying stage and opted to run first on the road, a strategy that paid off with the threat of hanging dust. They then won the second stage to establish a three minute and 25 second overnight lead, their nearest series rivals – Yasir Seaidan and Krzysztof Hołowczyc – having hit problems. While stage victories eluded them on the second leg, top three placings and a trouble-free run in all three sections was sufficient to secure victory and the lead in both the FIA World and European Cups for Cross-Country Bajas.

Reis and Cardoso bettered their best result of the season – fourth in Spain – with a fine second overall, the Portuguese crew only once outside the top three in any of the sections. They dropped time during leg one with a couple of navigation problems but bounced back with a solid performance in the final three stages; a fine result for Reis who was competing for the first time in Italy.

Vanagas and Palmeiro were on the podium for the second consecutive event, the Hilux crew third in both Poland and Italy. They suffered in the dust on the second section but otherwise had a clean run, other than changing a wheel in the final stage, maintaining their third position since SS2.

Erik Van Loon and Sébastien Delaunay climbed from fifth to fourth in the final stage, the Dutch/French pairing with a couple of overshoots earlier in the event and then benefitting in the closing kilometres when Xavier Pons and Armand Monleon dropped from fourth to 10th overall after a slow roll.

Miroslav Zapletal and Marek Sykora brought their Ford F150 home in fifth ahead of Abdullah Saleh Alsaif and Kirill Shubin who finished sixth overall and claimed the win in T4. They were in the thick of a battle throughout, but category victory in two of the five sections was enough to secure their third win of the season in the BRP Can Am Maverick. Rallying brothers Alexandre and Pedro Re were a mere 5.1 seconds behind with two stage wins to their names, but more importantly their result provisionally secures the T4 drivers’ title in the newly-created FIA European Cup for Cross-Country Bajas*.

Amerigo Ventura and Mirko Brun finished the highest placed Italian crew, third in T4 and eighth overall ahead of Santiago Navarro/Marc Sola who also claimed victory in the T3 category in the Overdrive OT3. Dania Akeel, in her debut season in cross-country, finished fourth in the category but has provisionally taken the T3 drivers’ title in the FIA World Cup for Cross-Country Bajas*.

The Polish crew of Krzysztof Hołowczyc and Lukasz Kurzeja were gunning for a hat-trick of World Cup wins, having taken the plaudits in both Hungary and Poland. However, the MINI crew struck problems in the Qualifying Stage, when a gentle roll on the soft surface amassed them heavy penalties. They did however go on to win all three of the stages on the second leg. Yasir Seaidan and Alexei Kuzmich had a difficult start on Friday with navigation and dust problems; they did not restart the second leg due to mechanical problems.

The final round of the FIA World and European Cups for Cross-Country Bajas takes the contenders to Baja Portalegre (October 28-30).

* Subject to confirmation of the results by the FIA 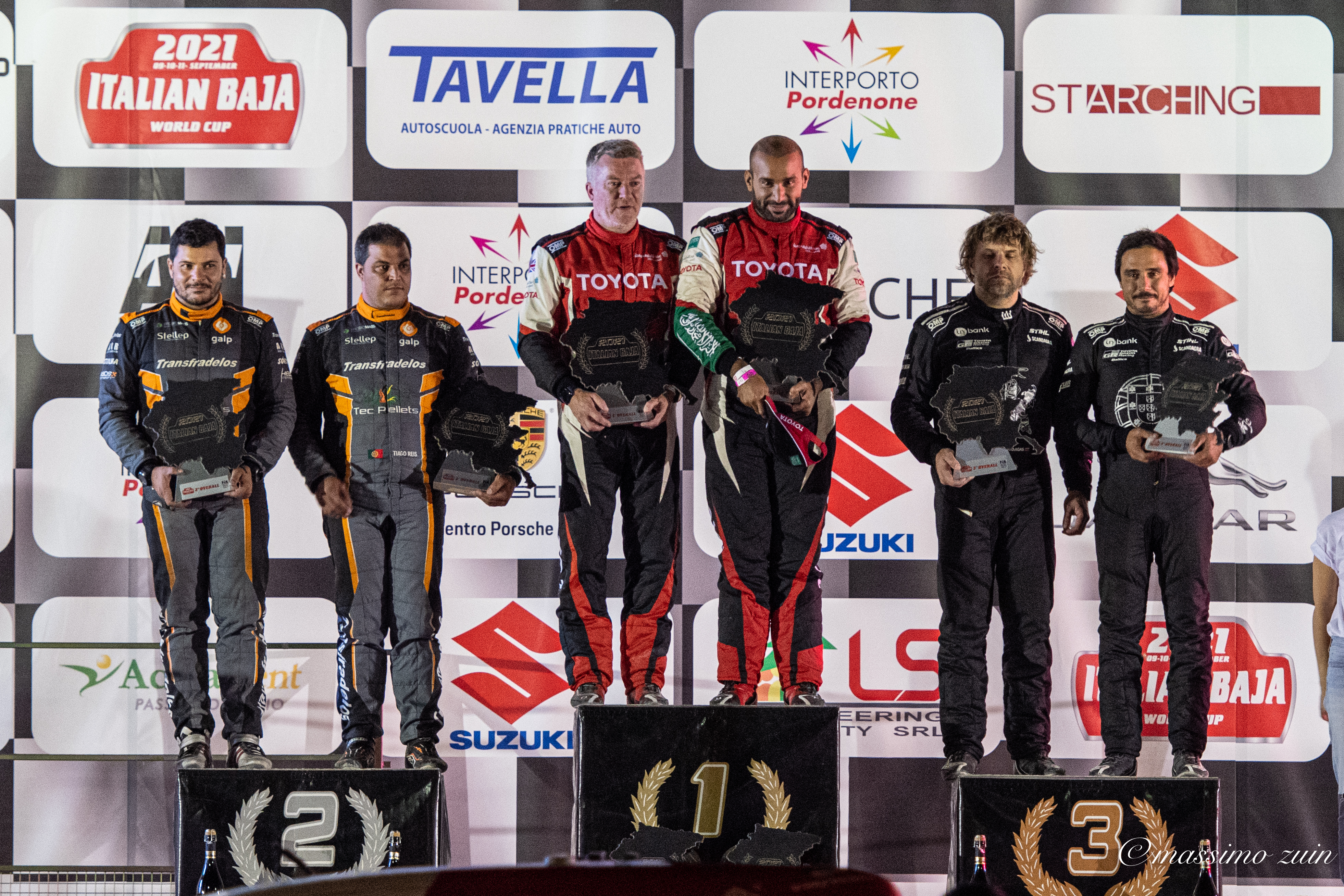 f1godfather Cross-Country – Al Rajhi and Orr claim victory in Italy as the title fight hots up
%d bloggers like this: