Daniel Ricciardo might have had seven Grand Prix wins under his belt coming into this weekend’s 2021 italian Grand Prix, but the Australian was lost for words after clinching the chequered flag at Monza on Sunday.

Ricciardo’s previous wins were when he was with Red Bull from 2014 to 2018, but it’s been over three years since his famous victory at Monaco.

Since then he finished twice on the podium for Renault, but had initially struggled after switching to McLaren at the start of 2021.

Fourth place in Belgium just two weeks ago suggested Ricciardo was close to returning to full form, but even he was stunned and speechless after clinching an emphatic victory in today’s race.

"To lead literally from start to finish, I don’t think any of us expected that," he told David Coulthard in parc ferme after the end of the race which saw his team mate Lando Norris finish in second.

The last time that McLaren locked out the top two spots on race was was in 2010 when Lewis Hamilton and Jenson Button emerged victorious in back-to-back races in Turkey and Canada.

And the most recent McLaren race win was in the final race of the 2012 season when Button emerged victorious over then-Ferrari driver Fernando Alonso.

Even before lining up in second place on the grid for today’s after a successful sprint qualifying race on Saturday, Ricciardo had felt he was on the verge of being back to his best. 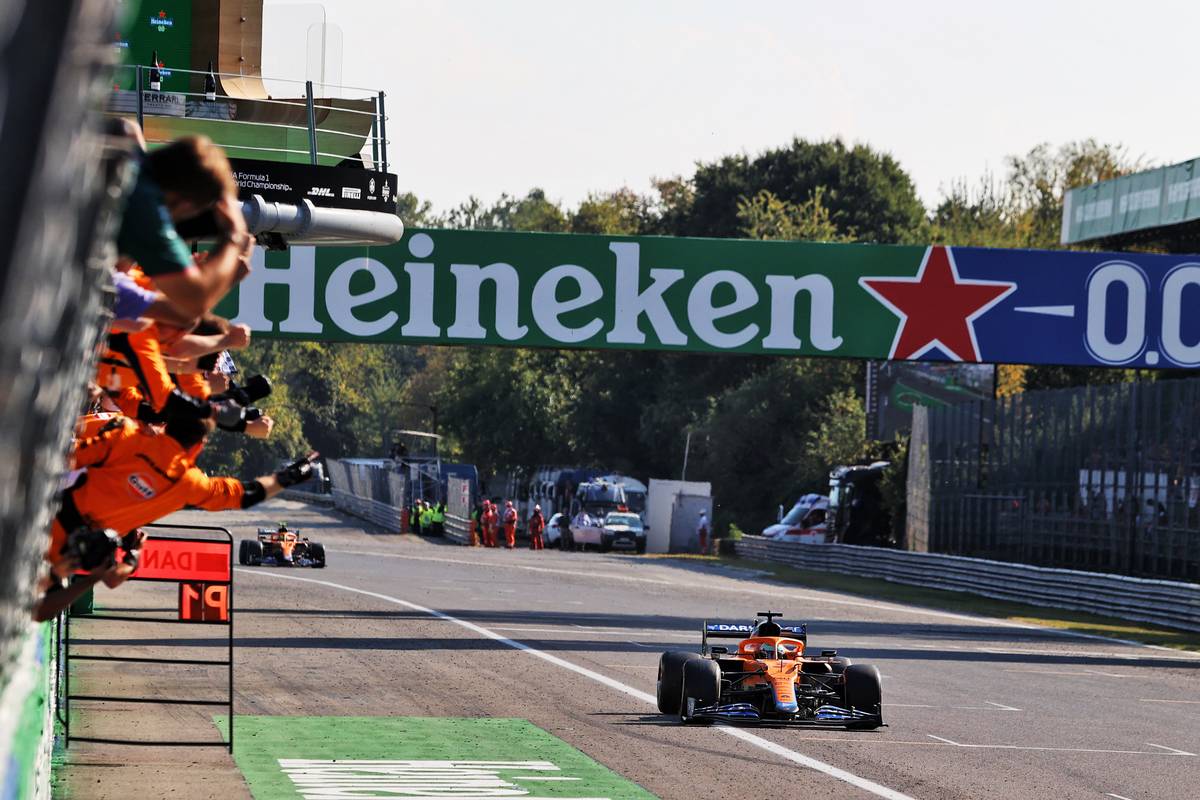 “Obviously the August break was good, just to reset, so I felt better the last three weekends," he said quipping that he’d actually been "a sandbagging SOB the whole year” until now.

“Thirds, fourths, fifth, you might as well just win, so that’s what I did,” he added. “There was something in me on Friday. I knew something good was to come. Let’s just say that."

Ricciardo took the lead at the start from pole sitter Max Verstappen at the start and maintained the position until his single pit stop.

Verstappen then collided with Lewis Hamilton, but by then both had suffered compromised pit stops meaning that Ricciardo always held the advantage.

“I knew to be honest that even if we got the start, it was never a guarantee we would lead the whole race,” he said. "I was able to hold firm out front in the first stint. I don’t think we had like mega speed, but it was enough just to keep Max behind. 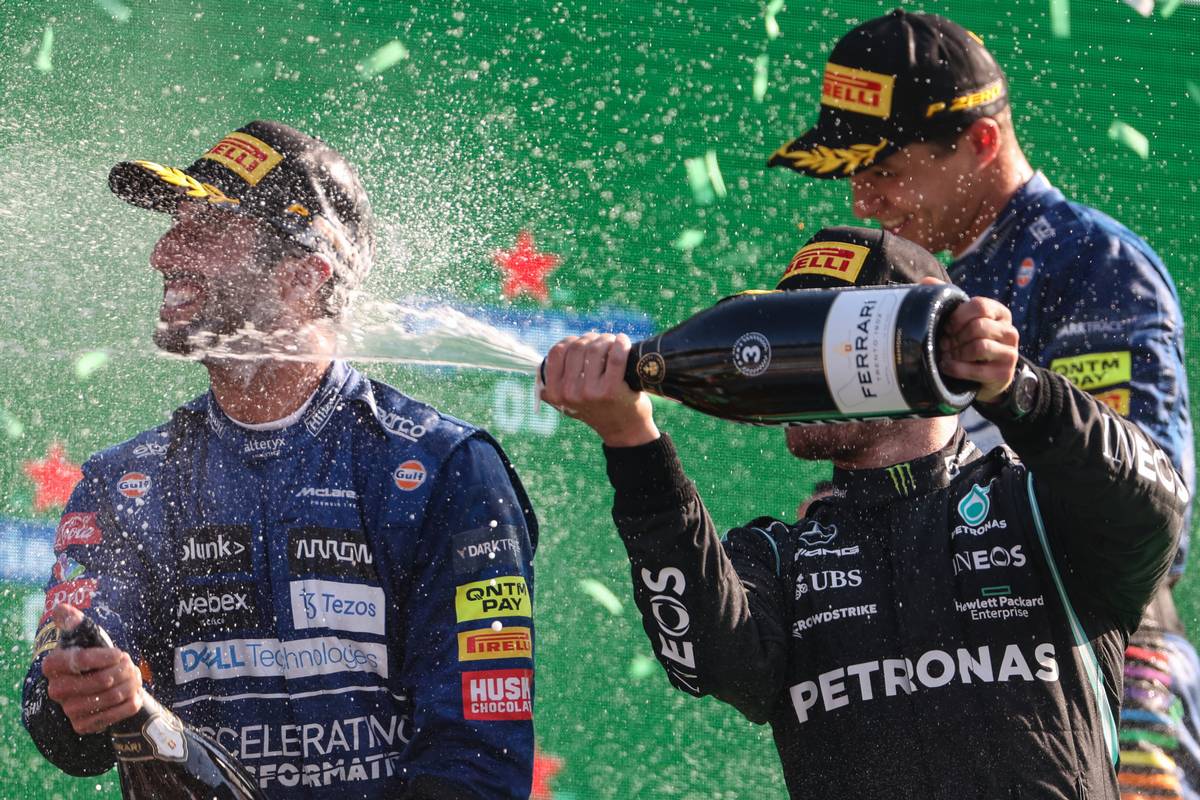 "And then, I don’t know, there were safety cars, there was this and that," he added. Throughout it all he had kept command of the race over Norris, with Valtteri Bottas left with too much to do after the Mercedes was forced to start the race from pit lane.

An ebullient Ricciardo impressed Coulthard by breaking into Italian for a significant portion of the interview, but perhaps his most eloquent moment came with what he didn’t say.

Asked how he felt about today’s result, but warned not to swear on live television, Ricciardo responded: "About … Time."

And after that it was off to the podium where he inflicted that most dreaded punishment in all of motor sport on his boss, McLaren CEO Zak Brown – the hot and sweaty ‘shoey’, which will have rarely tasted so sweet.

The post Ricciardo lost for words after Monza victory appeared first on F1i.com.