The Frenchman claimed his Le Mans victories in 1978 with the Alpine-Renault team driving an A442B alongside Didier Pironi and in 1980 together with Jean Rondeau aboard one of his co-driver’s Cosworth-engined M379 coupes.

Jaussaud made a total of 13 participations at Le Mans between 1966 and 1983, all bar two of them coming at the wheel of French-built machines from Matra, Alpine and Rondeau’s team.

He suffered a major heart attack last month while in Le Mans attending an event celebrating Alpine’s history at the track and had been in hospital in his home city of Caen.

Jaussaud and Pironi came out on top in 1978 in a race dominated by the Alpines.

They moved into the lead with five hours to go when the A443 driven by team-mates Patrick Depailler and Jean-Pierre Jabouille retired with a holed piston.

The 1980 victory was much more dramatic, as Jaussaud and Rondeau prevailed over the Porsche 908/80 – a 936 in all but name – driven by Jacky Ickx and Reinhold Joest.

Jaussaud spun in a rain shower in the closing stages after the Le Mans-based team opted against bringing him into the pits for wet-weather tyres because the car was suffering an on-going starter motor problem.

He was able to continue to claim a two-lap victory from the Joest-run Porsche, making Rondeau the first and only driver to win Le Mans in a car bearing his own name.

Jaussaud began his motorsport career in karting and graduated to cars after winning the prestigious Volant Shell scholarship at the Jim Russell racing school’s French outpost at Magny-Cours in 1963.

The prize was a season of French Formula 3 aboard a Jim Russell-run Cooper-BMW T72 the following season.

After finishing third in the championship, Jaussaud was picked up by Matra and improved by one championship position at the end of his 1965 F3 campaign aboard a Ford-powered MS1.

Matra gave him his first Le Mans start in 1966 in a BRM-engined MS620 alongside another Matra protege, Henri Pescarolo, and continued to field him in F3 until 1968, the year he won the prestigious Monaco Grand Prix support race.

A full-time graduation to Formula 2, a category in which he had broken his leg in a fiery accident at Monza in 1968 driving a Tecno, followed aboard a March 712M with the Shell-backed Arnold team.

Two fourth places in 1971 were followed by two victories the following year driving an Ecurie ASCA Brabham-Ford BT38, which helped propel him to second place in the points behind Isle of Man TT legend Mike Hailwood.

A return to Le Mans after a five-year absence with Matra in 1973 yielded a third-place finish sharing a MS670B with Jabouille. 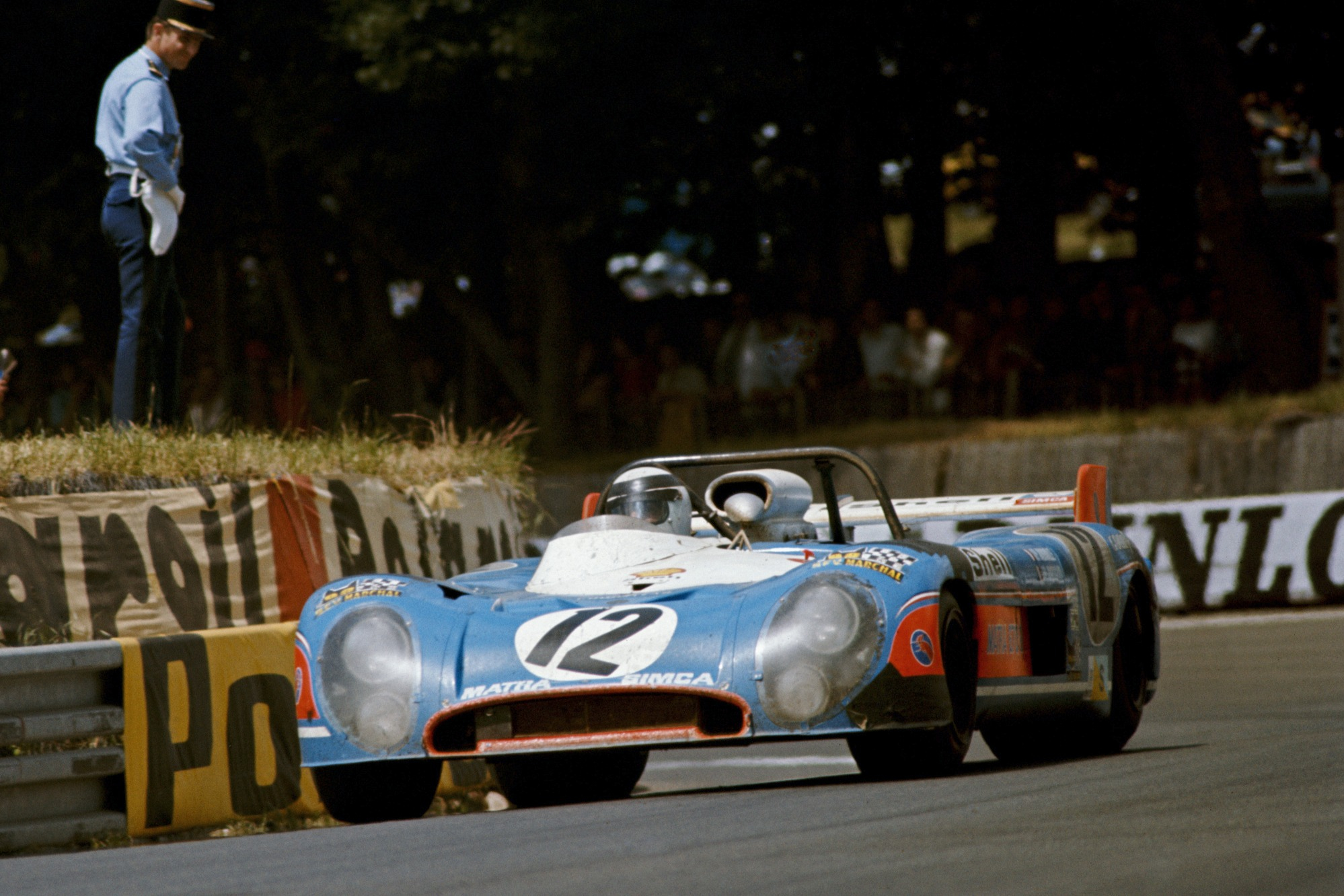 Jaussaud continued to race touring cars after his final Le Mans appearance in 1983 and finished third in a one-make series for the Porsche 944 in France in 1988.

Jaussaud made one Formula 1 start in the Aurora-backed British series, driving a works-run Surtees-Cosworth TS20 at a French round at Nogaro in 1979.