The ABB FIA Formula E World Championship will race onto the streets of London this weekend (24/25 July), as the British capital prepares to play host to the penultimate instalment in what has become a truly thrilling and unpredictable title fight.

The opening 11 rounds of the 2020/21 season have yielded no fewer than nine different winners, and with just four races left to run, only 27 points blanket the leading 15 drivers in the classification – testament to the all-electric single-seater series’ ultra-competitive nature.

Sixty points are on offer in London alone, meaning the chase for the crown could be turned completely on its head over the course of the two high-speed contests on the world-first indoor/outdoor ExCel circuit in the city’s historical docklands area – a new venue for Formula E, and one that will see the 24 protagonists duelling wheel-to-wheel along the Thames waterfront and around the famous Royal Docks.

Someone who will be keen to steer clear of drama more than most is championship leader Sam Bird, who won on home soil back in 2015, when the London E-Prix was held in Battersea Park. The Jaguar Racing star’s second triumph of the current campaign in New York just over a week ago vaulted him to the summit of the standings – having believed going into the North American double-header that his title bid was over.

That alone was proof of just how quickly fortunes can change in Formula E, and with so many rivals all snapping eagerly at his heels, Bird will be well aware that he needs another strong weekend in front of his partisan fans if he is to maintain his advantage.

Ominously, the 34-year-old’s closest challenger is defending champion António Félix da Costa, who has been increasingly racing up the order following a comparatively quiet start to the season, and is now just five points adrift of the top of the table in his pursuit of a second consecutive Drivers’ trophy.

The DS TECHEETAH ace is tied on points with Envision Virgin Racing’s Robin Frijns, who led the way himself after finishing second in Monaco and demonstrated his fighting qualities in New York by scything incisively through the field in both encounters.

The Dutchman’s team-mate Nick Cassidy, meanwhile, is very much Formula E’s on-form driver heading to London, with two runner-up results, a fourth place and a pole position from the last three starts firing the impressive series rookie up to fifth overall – just 11 points shy of Bird.

Edoardo Mortara (ROKiT Venturi Racing) failed to score last time out, but three podiums earlier in the campaign – including a second career victory in Mexico – prove that the Swiss star can never be discounted, while two-time title-winner Jean-Éric Vergne (DS TECHEETAH) twice reached the rostrum in the London E-Prix’s former guise and is similarly sure to be a threat.

René Rast has been steadily racking up the points for Audi Sport ABT Schaeffler and is arguably the darkest of dark horses despite a disappointing outing in New York, where stablemate Lucas Di Grassi – the series’ 2016/17 champion – ascended the podium on the opening day to keep his own title aspirations intact.

Mitch Evans was left kicking himself in the ‘Big Apple’ after a late-race error cost Jaguar Racing a one-two finish and dropped the New Zealander from a theoretical second place in the standings down to eighth, so he will be fired-up to fight back in London.

Pascal Wehrlein remains in the reckoning for TAG Heuer Porsche in ninth and has shown a strong turn-of-speed of late, but Mercedes EQ duo Nyck de Vries and Stoffel Vandoorne – who looked to be on-course to dominate earlier in the season – have not troubled the scorers for the last three races and are in need of a big result this weekend if they are to reignite their championship challenge.

Maximilian Günther’s hard-fought victory for BMW i Andretti Motorsport on the streets of Brooklyn kept the German in with a shout, and the final two drivers still in realistic contention are both certain to receive plenty of support in London.

Jake Dennis has been a match for more experienced BMW team-mate Günther at most circuits in his rookie campaign and brilliantly triumphed in Valencia, while Oliver Rowland has been fast and feisty throughout – and can take confidence from the fact that the Nissan e.dams outfit for which he competes has prevailed in three of the four previous London E-Prixs. 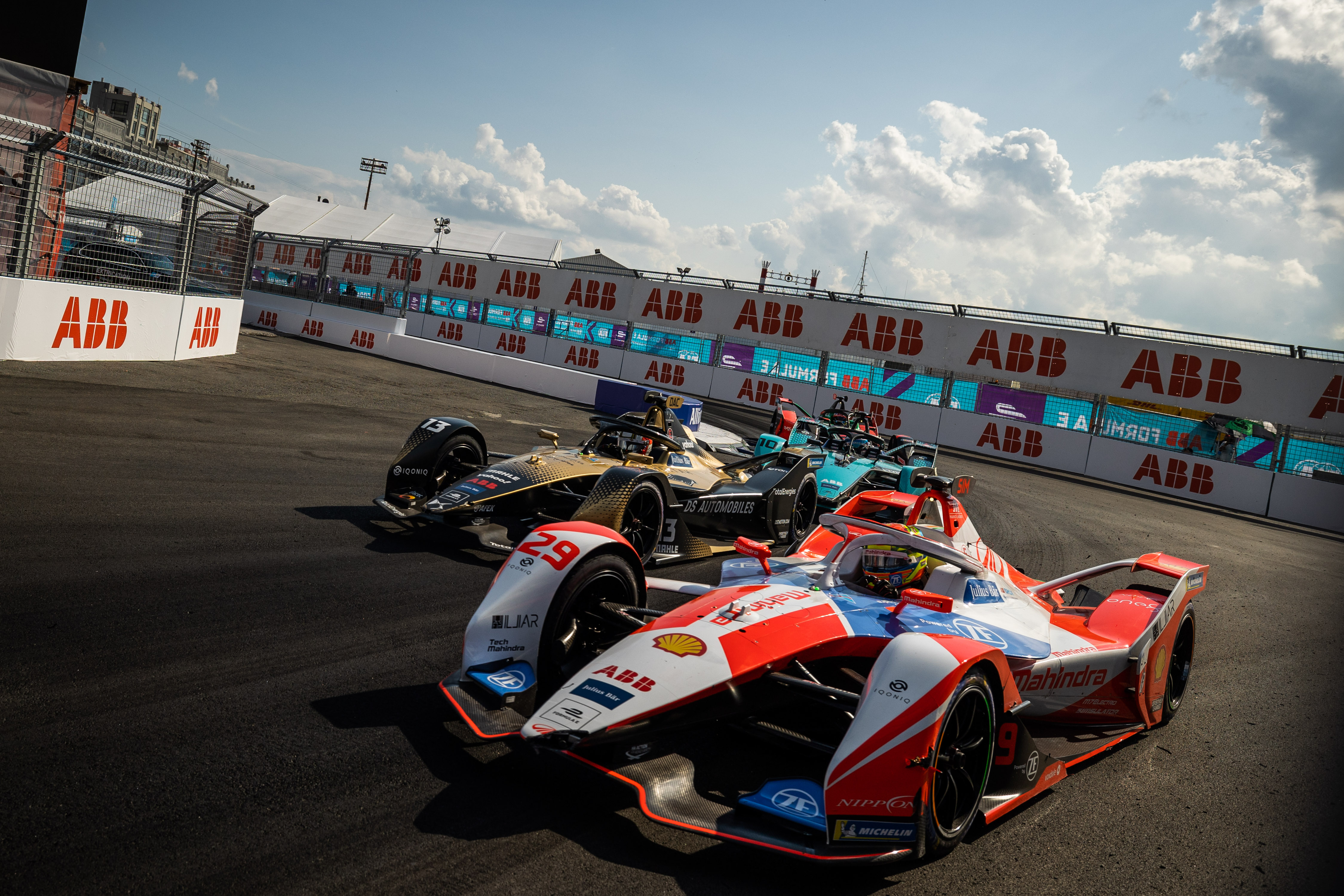